'Nothing only fear, frustration, anger and uncertainty' _Laois farmers in Portlaoise protest 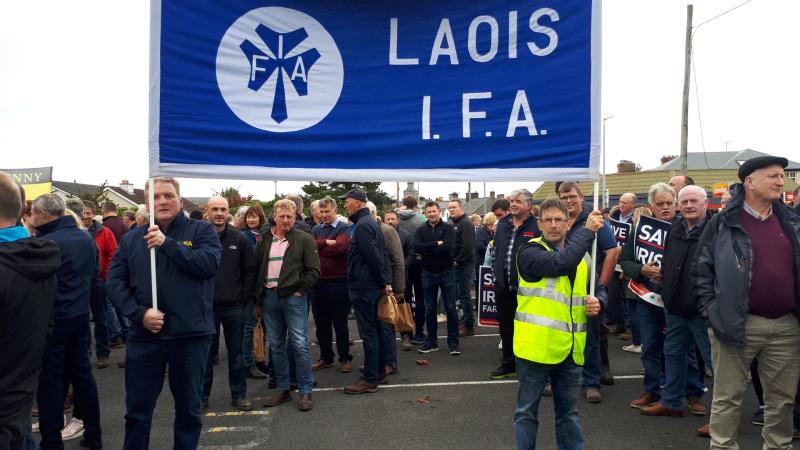 Portlaoise came to a halt for the second time this year for farmers to protest in the street over fears for the future of their industry.

"We're here because we feel the Department of Agriculture are not listening to us. They don't seem to be taking anything we say on board. There's nothing only fear, frustration, anger and uncertainty out there.

"We understand that things have to change as regards environmental issues and we're willing to do it. But we must be helped and worked with, not be told what to do like a teacher to a pupil. We have to have a viable farm at the end of it," he said.

"We hope for certainty in farming, that rural areas and local towns like here can still be vibrant, and that we'll be allowed to farm efficiently. Farming is a business and we want to keep it going," The Laois IFA chair said.

President of the IFA Tim Cullinan addressed the large crowds gathered in the grounds of the Department of Agriculture. 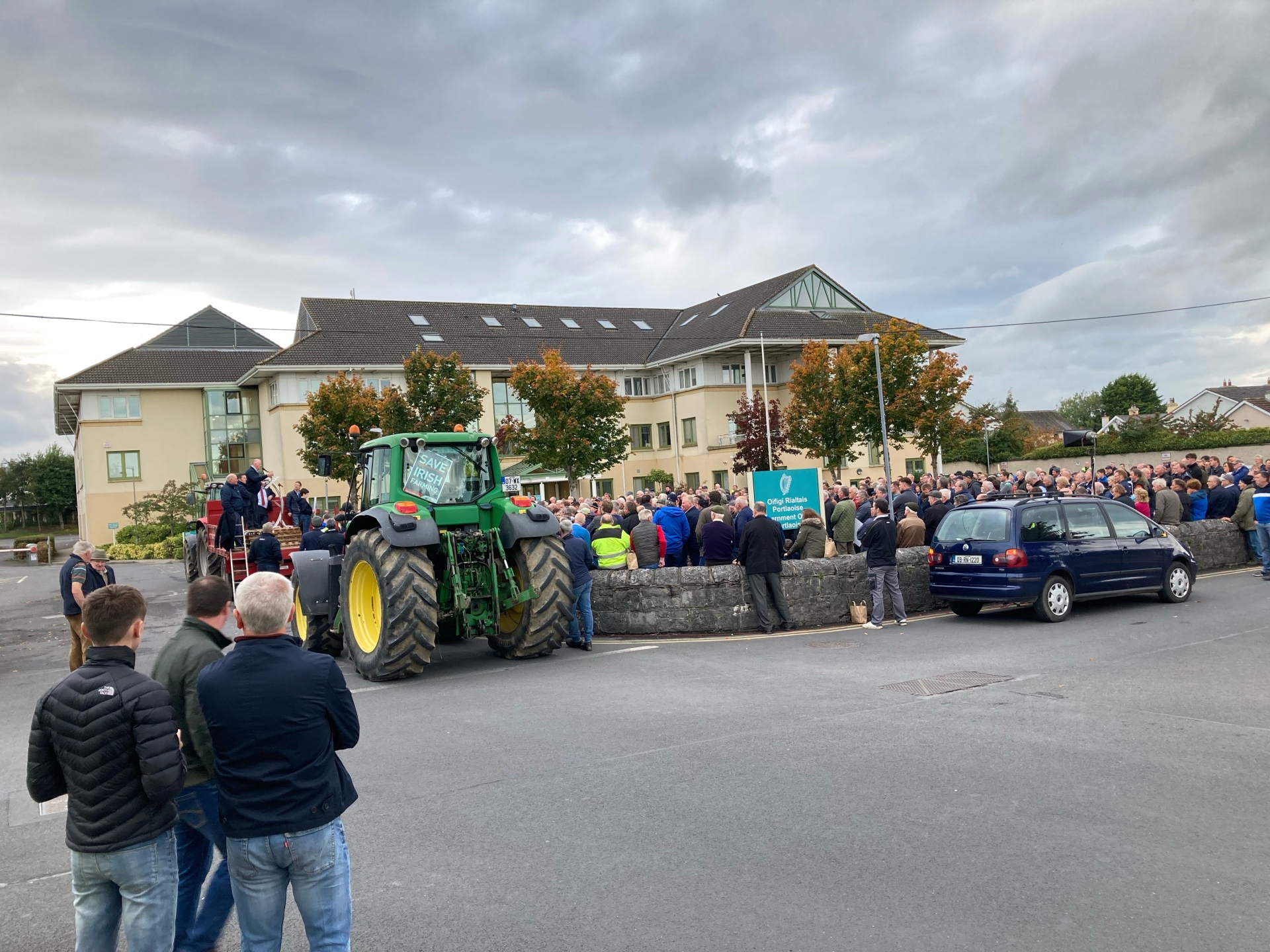 "The budget is for a 51% reduction in emissions by 2030. We're not going to cut cows or anything, but a 51% reduction is a serious place. We need our Government to get into negotiation with us, we have tried for the last two years.

"The CAP was introduced in 1950 to protect quality food supply and farmers, that money is being robbed now.

He said that they must be allowed to spread slurry until mid October as it is a valuable and organic fertilizer. Mr Cullinan said that Bord na Móna has been funded to transition out of peat harvesting but that farmers with bogs are getting no money.

"Our horticulture sector is using peat imported from Russia, it's a ridiculous situation. There is a shipment of 42 thousand tonnes of woodchip coming to supply peat fired power station, and they are talking now about going back to coal in Moneypoint.  it's absolutely ridiculous. We put forward credible proposals for renewable industries in Irleand, we are ready and willing, but there is no interest from our Government to do it. If we develop biomethane on just 5% of our grassland, we can supply and fuel all the trucks we have in Ireland.

"We want to work in good faith with our Government but we can't do it while we are out on the streets, and we're not backing off on this if we don't get a response. There is no way we can back off and let our Government allow our industry to fail," he said.

National Dairy Council chairperson Stephen Arthur said there is "no way we are giving up our cows or our business".

"They asked us to raise our numbers and dairy farmers grew and invested in their own businesses. Up to €2.5 billion in the last five or six years. We followed them all the way to the top of the hill and now they are trying to shove us off.

"Make no mistake, the Climate Change Bill is a massive and real threat to the agri sector, be it beef, dairy, tillage or sheep. It is a threat to your viability and economic wellbeing. We realise there is a lot to do and we can contribute, but we will not stand for being made scapegoats. I say this now to the Minister and the Government, we want negotiation. Keep those signs ready and keep those phones on because we will be marching again," he said. 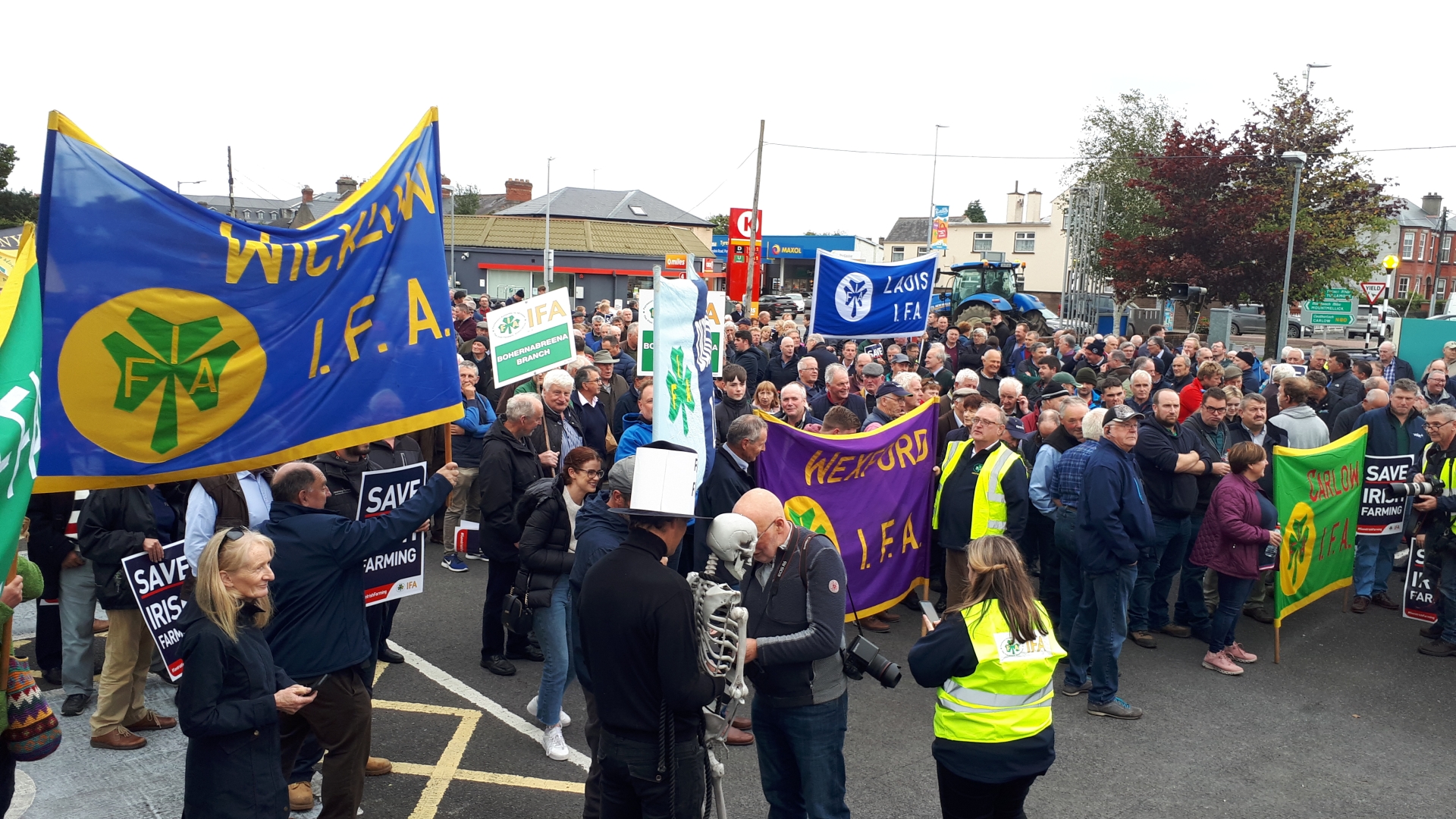