Portarlington, Portlaoise, Newbridge, Kildare town and Monasterevin should be included 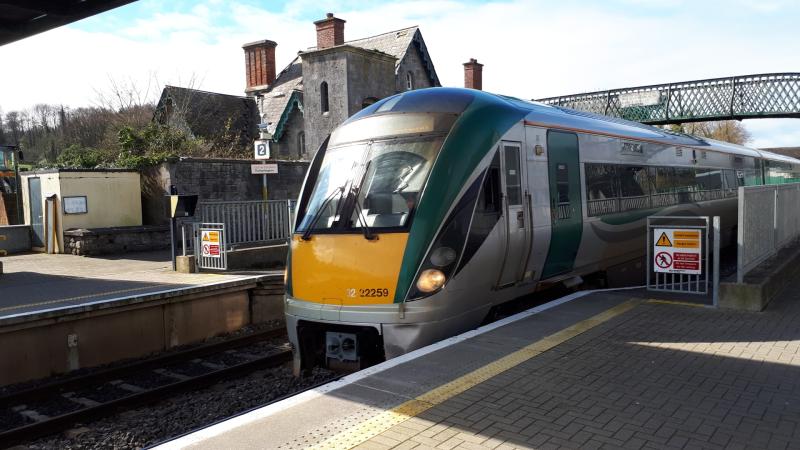 Speaking in the Dáil following Budget 2022, he said the short hop zone from Heuston Station in Dublin finishes at Sallins.
“There is no reason it cannot continue through Newbridge, Kildare town, Monasterevin, Portarlington, Portlaoise and beyond if necessary. If we want to incentivise people to get out of their cars and use public transport, price is a very good motivator,” he said. I’ve been calling for this for the last two years and will continue to work on this issue," he said.

The Leap Card can be used for rail travel between stations within the 'Short Hop Zone'. This Zone includes all stations in the Dublin area from Kilcoole to Balbriggan and Commuter Stations from Dublin City Centre to Kilcock and from Dublin Heuston to Sallins and Naas.

The TD welcomed the 50% decrease in public transport costs for young people aged 19 to 23.

“The youth travel card proposal is not ideal, but it is a significant start and demonstrates the acceptance of the principle that public transport costs are too high and the Government should, at least, look after those under the age of 23 in that regard. In 12 months’ time I believe that number should be pushed up from 23 to 25 and beyond, up towards 30, until every citizen in the country has access to reasonably priced public transport,” he said.

The TD for Kildare South which takes in Portarlington and nearby areas of Laois and Offaly welcomed the increase in the SUSI grant for students.

"We know that people in the extremes of age - the elderly and the young - were disproportionately affected during the pandemic. The increase in the grant is the least the student population deserves, particularly when students cannot afford accommodation in Dublin city.

"If they are going to be commuting, at least their commuting costs are down, and their grant is up. Is it ideal? Absolutely not, but it is better than nothing. It is a small step and at least half a step in the right direction," he said.