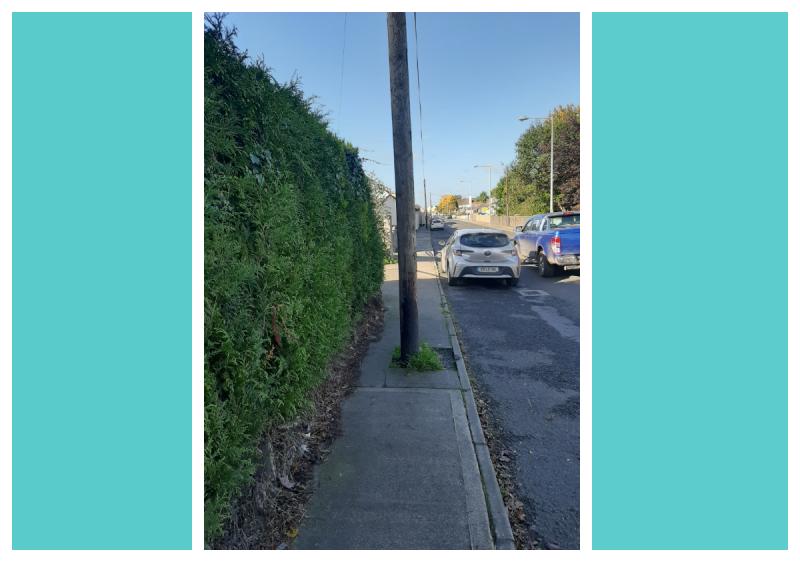 No way around this.

Councillors are angry that Laois County Council has been left with no option but to pay Eir in advance to remove a telecoms pole that is obstructing pedestrians in Portarlington.

A long saga over the pole on Bracklone Street is finally about to end but the council but not before the council has had to pay up to the once publicly owned firm - the cost to taxpayer's €1,700.

The pole's removal was confirmed by Laois County Council's Director of Services Gerry Murphy in an update to county councillors.

"An order has been placed with EIR for the removal of this pole from the middle of the footpath," said his written update.

He added that he had not received a date from the firm as to when it would taken away.

"I will be putting pressure on them," said

In reply, Cllr Aidan Mullins said the while he welcomed that the pole would be removed he questioned the process.

"I don't think it is acceptable that the council should have to pay. I understand why because of their continued refusal," he said.

Cllr Aisling Moran was also unhappy with having to pay. Given that the fee has been paid she said the should be obliged to do so by a certain date.

The council did not divulge how much had been paid to Eir at the meeting. However, the Leinster Express understands that it will cost €1,700 to take it away.

The Leinster Express has asked Eir why it has charged the local authority to take the pole down and how much they have been paid to do so.

Cllr Mullins said after the meeting that the Council contacted Eir a number of times in an effort to have the pole removed but got no co-operation or positive response to what is an an obvious hazard to pedestrians.

The Sinn Féin representative added: "A very disappointing performance from Eir who really should be footing the bill for these works. What genius put it there in the first place?