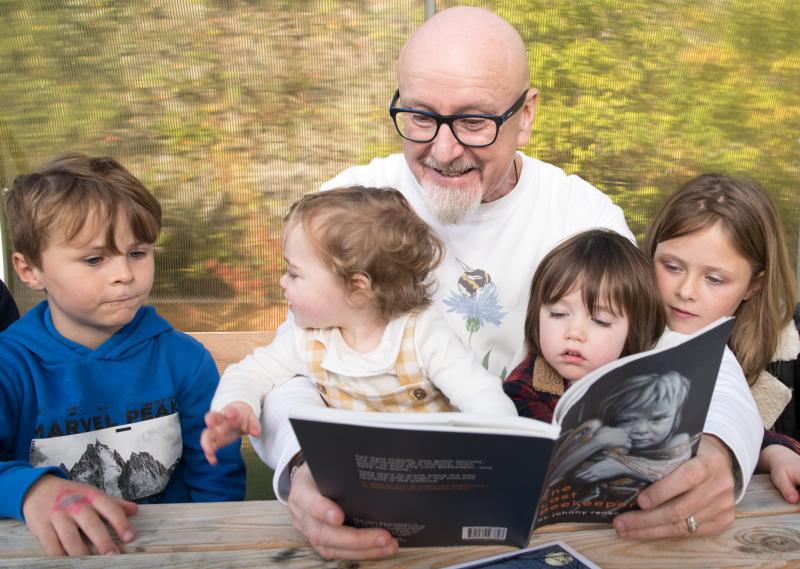 A timely and evocative book exploring nature and our relationship with it was launched by Minister for Heritage, Malcolm Noonan at Butler Gardens in Kilkenny.

The Last Beekeeper by Timahoe resident Johnny Renko is a stunningly beautiful piece of work which has been gestating in the mind of the writer for over three decades.

John Whelan, who writes under the pen name Johnny Renko, is well known locally having edited both the Leinster Leader and the Leinster Express and it was during his time as a journalist that the idea behind the book began to form. 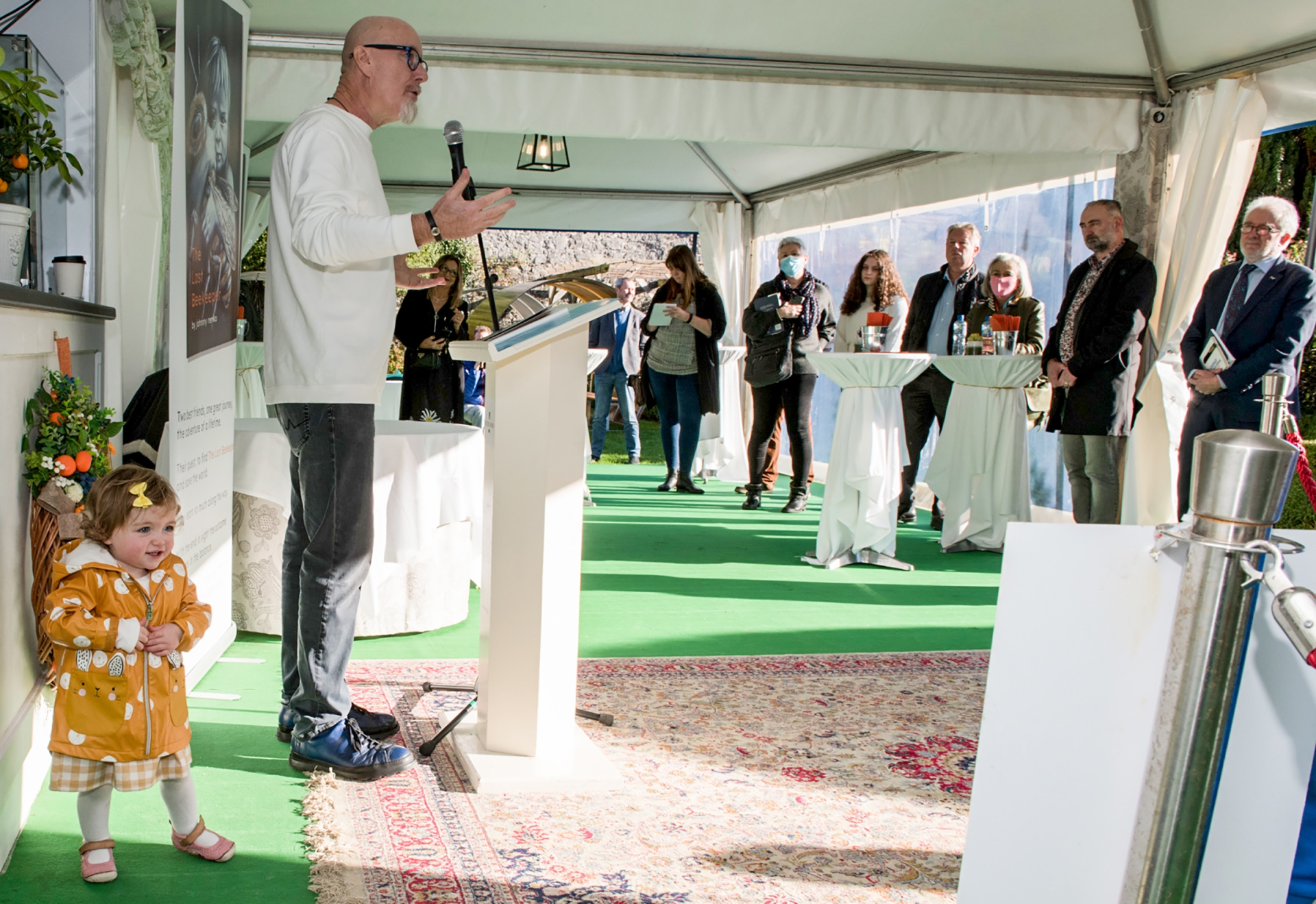 “When I was working as a journalist I encountered the Rainbow People who had made an encampment in the Slieve Bloom mountains. There were there for the European Rainbow Gathering and at one stage there were over 5,000 people comprising of 30 different nationalities.

“At the time they were a skeptical of the media and they said if you want to do a story then stay the weekend,” said John.
The author took up the challenge and the following year spent time with the Rainbow People in Slovenia. After that John felt he needed the tell the story of what this people stood for.

“They stayed in the Slieve Blooms for months and when they left there was no trace, not even a cigarette butt or a sweet wrapper. There was no waste and they understood biodiversity. They were ahead of their time and now I think we need to embrace this attitude and to take some of their values,” he said. 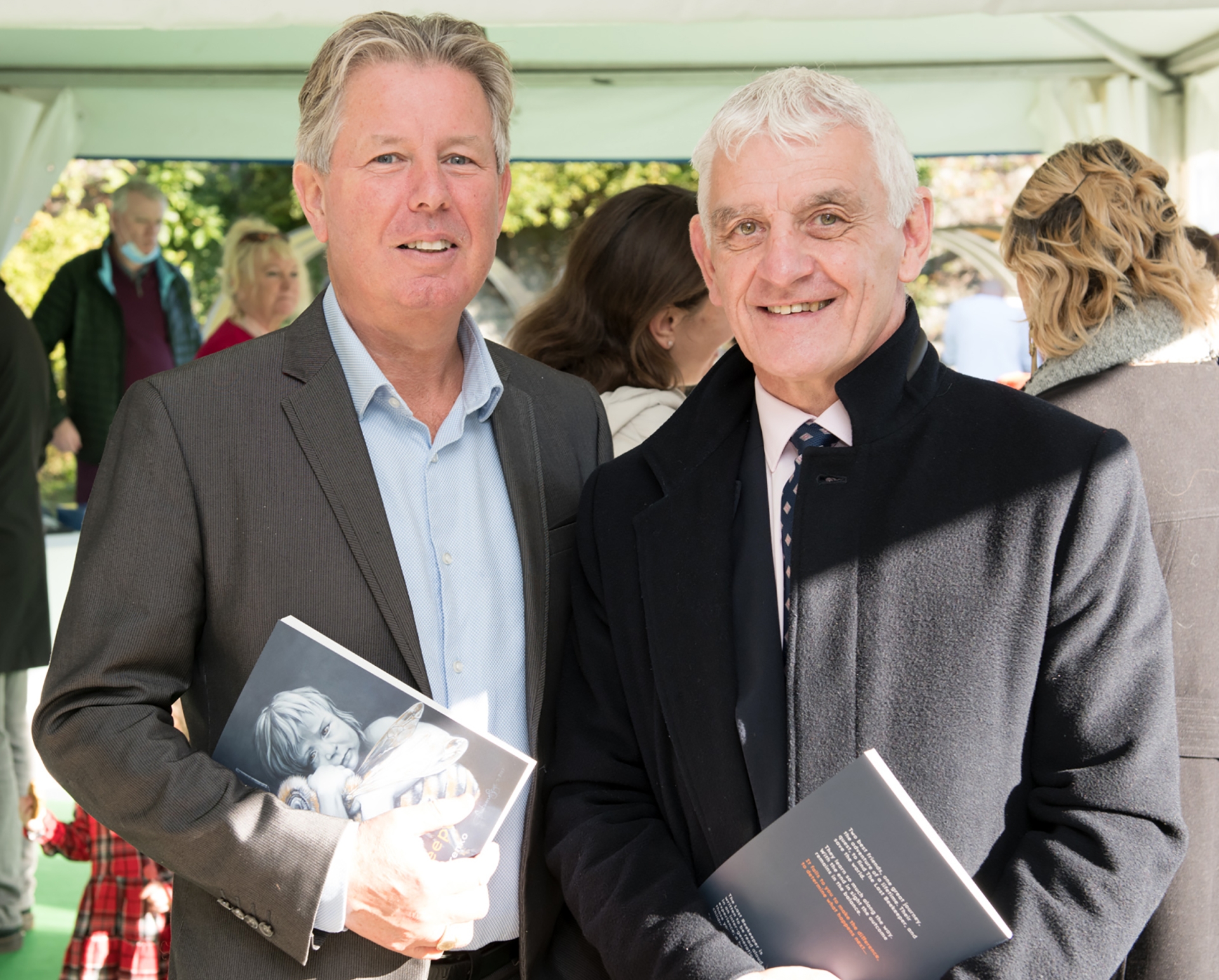 John admits that many people feel ‘overwhelmed’ by the climate chaos that is facing us as a species but gently urges people to make changes and then ‘the sum of the parts will add up’.

The book was originally aimed at four to 12-year-olds but it is an inter-generational work and the feedback from readers of all ages has been positive.

Although the idea was with the writer for many years it was during Covid that the book was written.
“It’s time had come and it was important to make a contribution to the discourse.

Family and friends gathered to celebrate the launch and the writer thanked those present ‘who had been part of the process’ of bringing book to fruition. 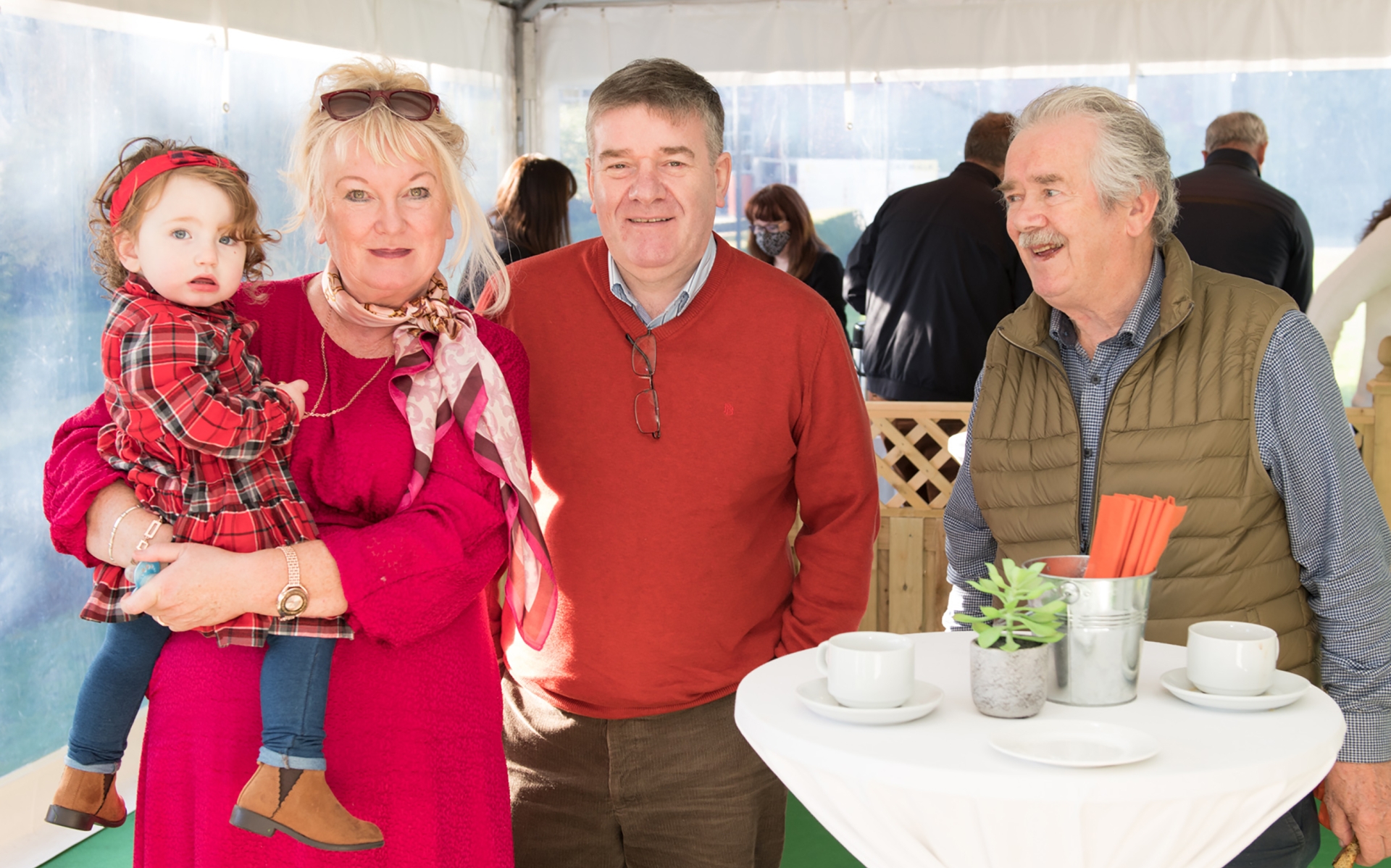 Second-year student at The Presentation Secondary School in Kilkenny, Aoibheann Keyes read from the opening chapter of the book at the launch and gave a wonderful insight into the messages of hope and possibility that are contained in The Last Beekeeper.

Minister for Heritage, Malcolm Noonan launched the book and praised the publication adding that it was very important to have these kind of conversations around biodiversity and nature.

“It is lovely to see such beautiful writing about nature and the crisis we face and how we can respond to it,” he said and described the book as ‘a timely and important publication’.

“The great response to despair is action and that is the message in this book.” 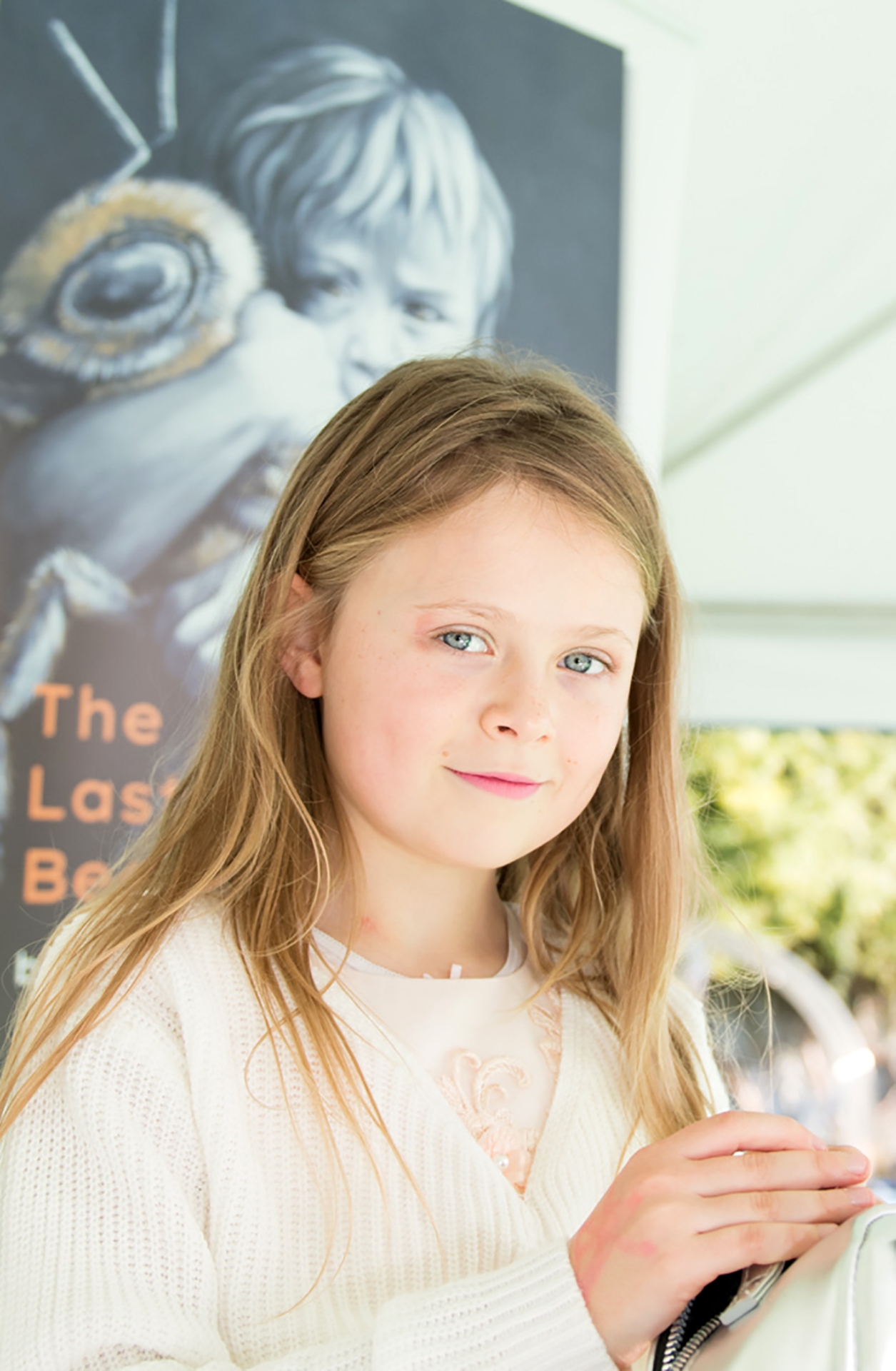 Editorial Operations Director at Iconic Media Group, Brian Keyes also congratulated the author on the publication of The Last Beekeeper.

“This is a great book which contains a really important message. It is both timely and relevant and it is beautifully presented to the reader,” he said.

The Last Beekeeper will be available at €15 from selected book shops and outlets nationwide and online from www.thelastbeekeeper.ie 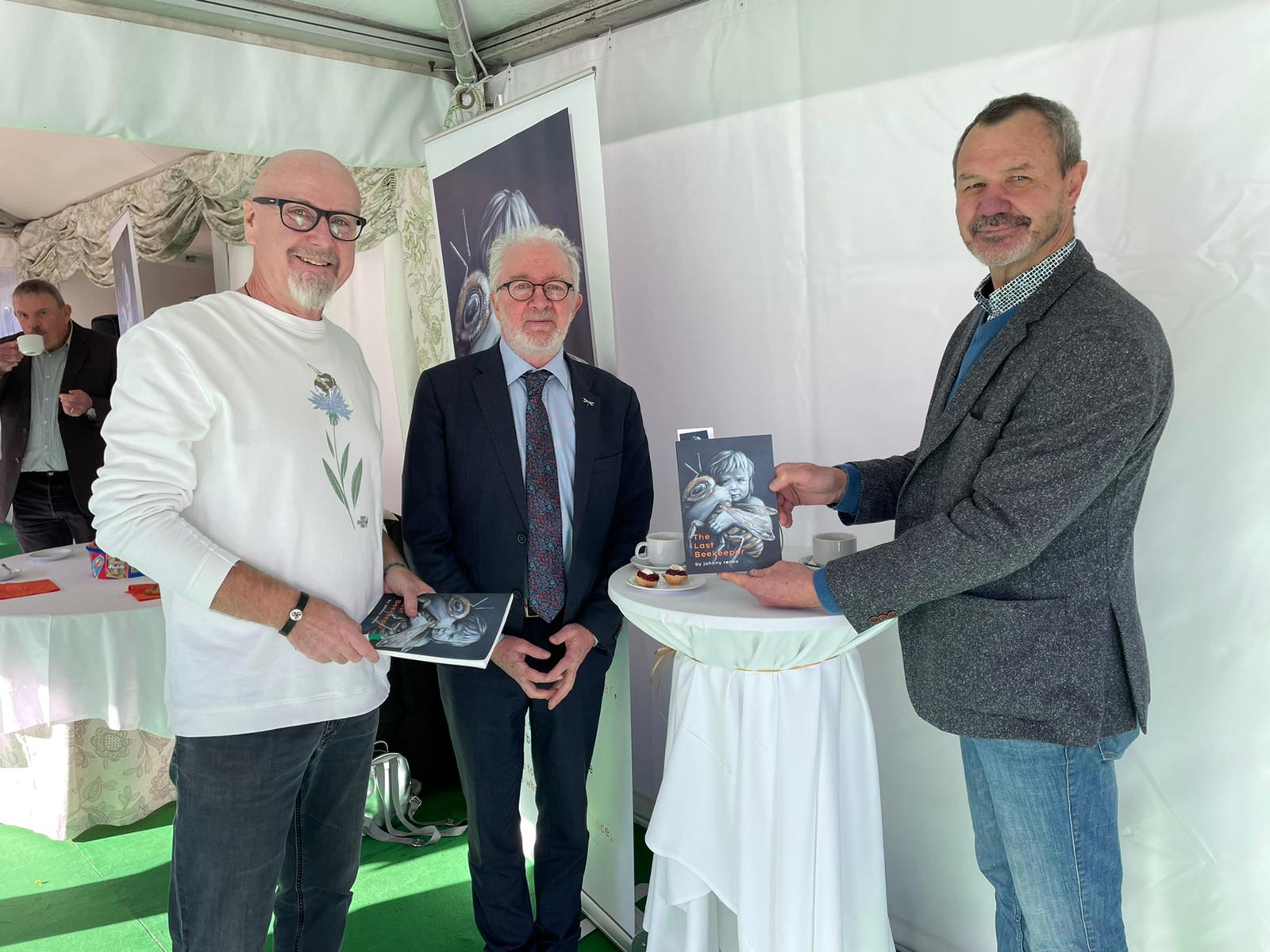