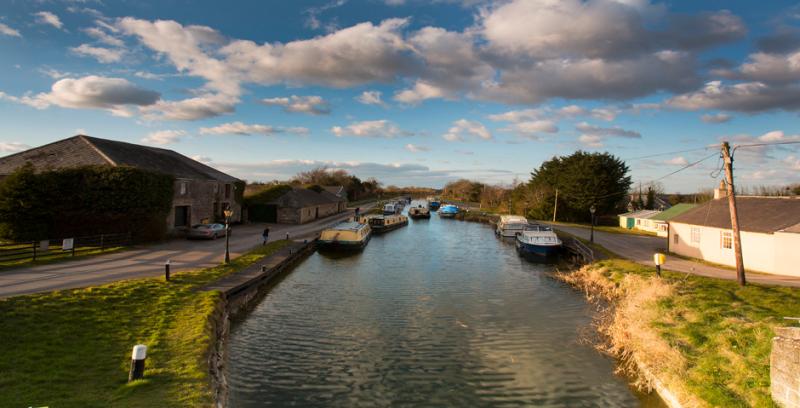 Tourists who travel thousands of miles to holiday in Laois could be having their stay spoiled by a big drop in the Grand Canal water level that is leading to barges getting stuck in the mud.

So it was claimed at a recent Laois County Council meeting where responsibility was laid squarely at the door of Waterways Ireland.

It called on Laois County Council to contact Waterways Ireland to investigate the cause of the dropping levels and to clear the feeders supplying the canal with water.

“Barges and boats are being stuck in the canal at Vicarstown due to low water levels,” he said.

Cllr Mullins said the problem was particularly bad in the Vicarstown area on the Monasterevin to Athy stretch.

He said international visitors want to holiday on the canal but it’s not not navigable. He added that a local business depends on these visitors.

“People are coming from Europe and as far away as Australia to hire barges. But this year barges were getting stuck in the canal because the water levels had dropped two metres. This meant you couldn’t navigate the canal,” he said.

He asked the council to contact Waterways Ireland to carry out a survey to determine why levels have dropped. He added that the weir in Annanough is also in a bad state. He said it feeds the canal but cannot do so properly because of its condition.

He added that other feeder streams are also blocked.

“The lack of maintenance on the canal is probably the biggest problem. We have had strange weather but if the work was done it would return to normal,” he said.

The Leinster Express also raised the issue with Waterways Ireland and is awaiting a response.

Check your tickets - three people are due a large Lotto payout!