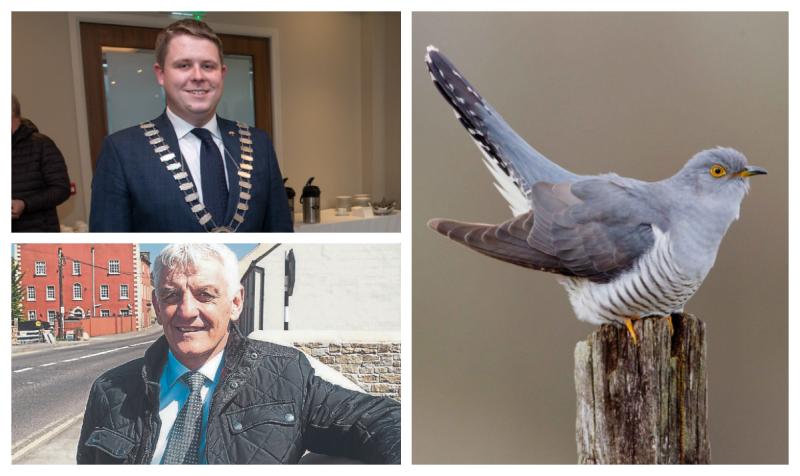 A young Fine Gael councillor has been criticised for how he highlighted extensive safety works on two dangerous junction in Laois through the local media which as also came in from scrutiny.

Cllr James Kelly, Independent, took Cllr Conor Bergin to task over €400,000 worth of work at two dangerous junctions near Mountrath and Borris-in-Ossory.

Cllr Kelly was less than happy with Cllr Bergin and the local media after the Fine Gael councillor tabled two motions at the Borris-in-Ossory Mountmellick Municipal District meeting.

Cllr Bergin asked for updates on the R445 at Redcastle Junction, Mountrath and the R445 at Derrin Cross, Borris-In-Ossory as a matter of urgency. Prior to the November meeting Cllr Conor Bergin issued a press statement welcoming both projects which he said would see €200,000 spent on each.

Cllr Bergin, who is the sitting Cathaoirleach of Laois County Council, welcomed the projects again at the Municipal District meeting as did other councillors led by Cllr Kelly who pointed out that a lot of efforts have been made over a long time to improve safety at the juncitons.

"Over the years, myself and other councillors have been requesting that works programmes would go ahead in Redcastle and and Derrin Cross," he said.

Cllr Kelly said the work at both was badly needed and he recalled a crash in the 1970s when five people died at a crash at Derrin Cross.

"I was in Borris-in-Ossory that night. It was a terrible tragedy for the locality," he said.

"I wouldn't like it to be known that it's Cllr Bergin who was solely responsible for these works to go ahead," said Cllr Kelly.

He also was put out by Cllr Bergins's issuing of photographs describing such actions as would be taken by "cuckoo councillors for want of a better word".

He also challenged the local media to be aware of efforts made by others, including council staff, to advance the projects to start phase.

"Maybe the journalists and media need to be looking at how they report and maybe look back over the history. But I'm delighted that these roadworks are going ahead," he said.

"It's important to support the councillor who makes the initial request. It is important for us all to respect each other and to focus on notices of motion we are fully in charge of," he said.

Recalling the devastation caused to the families hit by the 1970s crash, the District Cathaoirleach Cllr Ollie Clooney praised everybody involved in getting the safety projects to this point.

Cllr Bergin declined to respond at the meeting but added that it was "very disappointing" that no councillor would second his other motion.

In a third motion, Cllr Bergin called on the Council apply to the Department of Transport for funding for resurfacing the R445 (formerly N7) at: Main Street, Mountrath; Pike of Rushall/Ballytarsna; Moneymore, Borris-In-Ossory under ‘Former National Roads’ as part of the 2022 investment programme for regional and local roads, to be announced early next year.

Because there was no seconder, no response was issued nor could the proposal be discussed.