People can't be allowed to 'freeze' in their homes 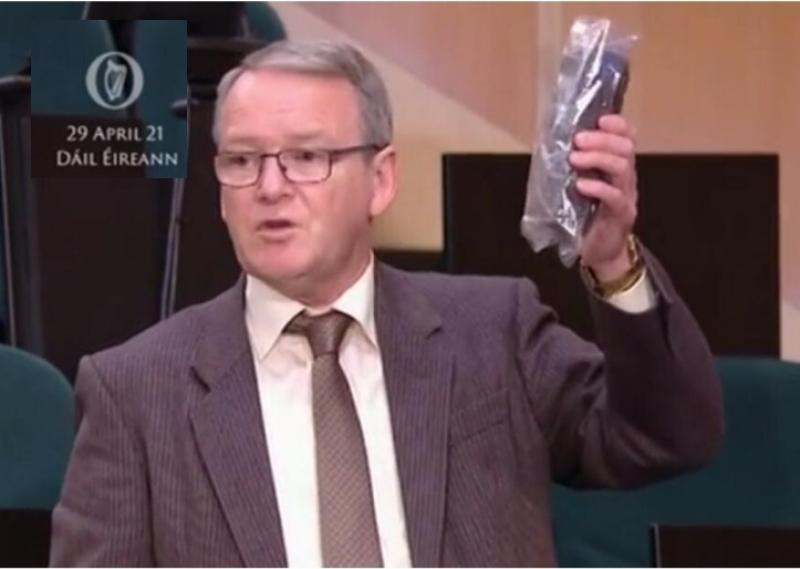 The cost of briquettes in Portlaoise, where peat was processed for Bord na Móna, has almost doubled according to a Laois Offaly TD who says people cannot be allowed to 'freeze' in their homes because of fuel poverty.

Sinn Féin TD Brian Stanley spoke about the cost of fuel in Laois when speaking on the Social Welfare Bill in the Dáil.

“Households are facing the highest increases in my lifetime. On average, fuel bills have gone up by 28% or 30% in the past 12 months. That adds an extra €450 or €500 this winter for using a similar amount of energy to last year.

“The increase in carbon tax has added to that cost. In the area in which I live, a bale of briquettes was €3.50 a short time ago. One shop is now charging €6.70 per bale. That is a significant increase. The increase in carbon tax alone put an extra 20 cent on a bale of briquettes. A bag of coal increased by 89 cents. The increase in the carbon tax has added €20 to the cost of the average refill of home heating oil. I point that out to bring home the significant cost coming onto families. This is placing enormous pressure on families who are struggling.’

“In Laois-Offaly, for example, we have the highest percentage of homes dependent on solid fuel. Those houses will not be retrofitted in the near future. It will take time to get through all of that. We cannot have people freezing with the cold in the interim.

"The charity ALONE has estimated that there are in the region of 3,000 deaths directly or indirectly related to fuel poverty each year. That is one of the highest rates in Europe. Almost 400,000 people experience some level of fuel deprivation in the State each year,’’ he said.

The TD said the fuel allowance scheme is very important for families on low incomes.

"It is not enough in terms of who gets it," he said.

The Chairman of the Dáil Public Accounts Committee said Sinn Féin proposed extending the period by two weeks in which the fuel allowance is paid, but also broadening the eligibility bands.

He said in future years a discretionary fund could be set up through the community welfare officer system so that a payment would be made to help people who have very high costs. He added that there should be some kind of discretionary fund to assist people. He called for the proposal to be seriously considered.

He said the Government announced a payment of €100 to offset the increase in energy bills.

"Any such payment is welcome, but I ask the Minister to try to fast-forward that payment. It would have been great to see it coming before Christmas or very soon thereafter. My understanding is that the payment may not come until late March.’’

“The fuel allowance scheme requires changes and fine tuning. Sinn Féin carried out an online survey recently which showed that a significant number of full and part time workers are experiencing poverty. That is a reality we must face. Bills have gone up and wages are not keeping pace with them," he said.

€1.5million ready to spend in search for new Laois Civil Defence base

He added that such matters must be kept under review while trying to ensure as many people as possible are assisted under the fuel scheme each year.