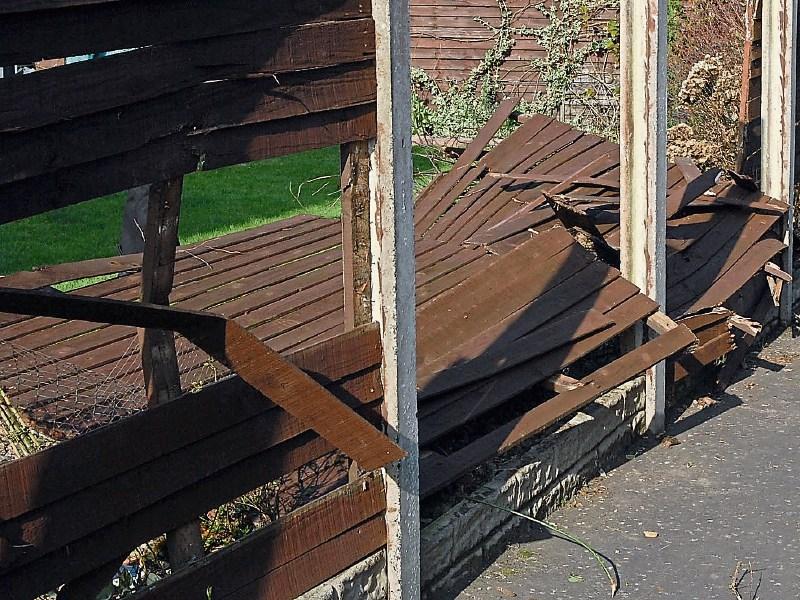 Example of damage to wooden fencing

Wooden fences are no use as boundaries between new houses and can contribute to neighbours falling out and other problems while good fences makes for good friends, according to a Laois County Councillor.

Cllr John King, Fine Gael, made the observation at recent Laois County Council meeting where the issue of fencing was raised.

“Bad fencing means you have bad neighbours…putting up a wooden fence is no use in the long term they just last three of four years,” he said.

He added that while it may look good when newly installed, wooden fencing breaks apart allowing dogs onto farmers' land.

He said another issue that can arise is encroachment on private property.

“A good concrete wall would solve it all. Good fencing means good friends,” he said.

He added that the wind does not have a destructive effect on a solid structure.

This was something Cllr James Kelly, Independent, raised with Laois County Council’s Director of Services when the issue was raised at the December meeting of the Borris-in-Ossory Mountmellick Municipal District.

Cllr Kelly asked Donal Brennan if the council is in a position to repair wooden boundary fence between houses that had been damaged in Storm Barra.

Mr Brennan committed to looking into the matter for Cllr Kelly.