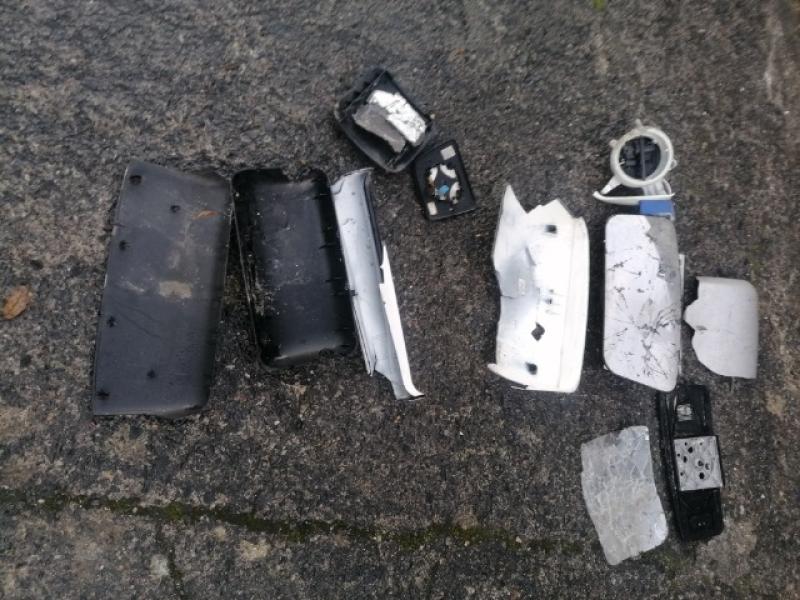 Some of the vehicle wing mirrors collected by an Abbeyleix business owner from the N77 road.

A Laois businessman has gathered quite a collection of broken wing mirrors from lorries hit by branches on a busy road.

The N77 main road from Durrow into Abbeyleix has become overgrown with tree branches, and they are a "deathtrap" says businessman Eoin O'Shea.

"People pull in on the hard shoulder and these branches could go in through their windscreen," he told the Leinster Express.

He asked that the council ask Transport Infrastructure Ireland to cut back the overhanging branches.

"A few are coming out nearly where the bicycle track is on that road. A business man is picking up some of the mirrors knocked off lorries," he said.

Council engineer Wes Wilkinson undertook to do a site inspection.