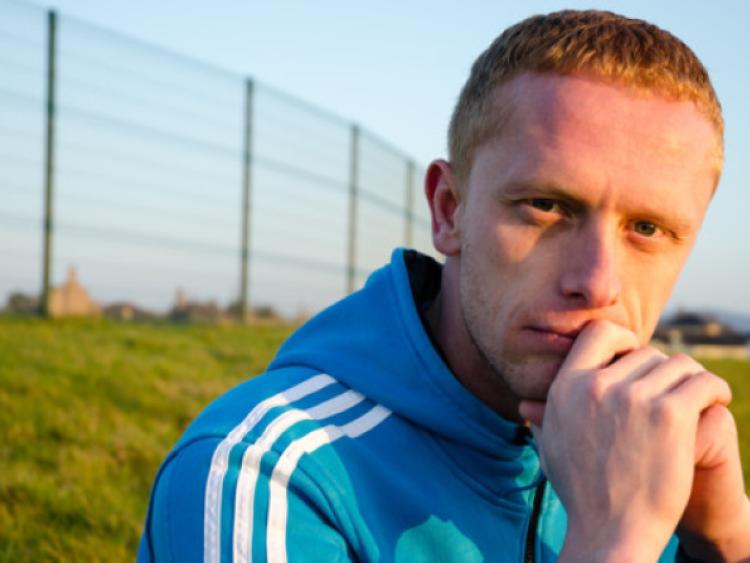 ‘WALLY’, a film documentary by Abbeyleix native Ann Marie Kelly will be shown on RTÉ 1 tonight at 10.35pm, after Prime Time. The documentary has already received praise from local audiences when it showed in the Dunamaise Arts Centre in 2012.

‘WALLY’, a film documentary by Abbeyleix native Ann Marie Kelly will be shown on RTÉ 1 tonight at 10.35pm, after Prime Time. The documentary has already received praise from local audiences when it showed in the Dunamaise Arts Centre in 2012.

In his story, Wally shows the audience his heart. He tried to take his own life two years ago and the documentary is his journey to recovery. Wally is a rapper living in Portlaoise trying to make it, he even gets to meet Simon Cowell, ‘that’s what believing is all about’ proclaims Wally. Filmmaker Ann Marie Kelly followed Wally for two years, and this is his story of survival.

It all went wrong for Wally in 2009 when he hit rock bottom after years of depression and drug abuse. But when he saw a mother a child as he held a razor blade in his hand he changed his mind and his life. His goal is now to show young people how telling someone can keeps you alive. And because he told his story to someone, Wally is now involved in Ann Marie Kelly’s Hear me See me project which brings music, film, and radio to schools.

At the end of the film, a very different man appears on the same couch crying his eyes out. This time there are tears of joy, as he holds his newborn baby boy. It’s all about self belief and it’s all on tape.

According to film maker Ann Marie Kelly, “My original idea was just to get his story on camera after his suicide attempt but as things started going right for him, I couldn’t stop filming. Everybody loves a happy ending and this story aims to give hope to people who are suffering with depression/addiction. This documentary intends to reach those who may feel ignored by the media, family, and society, the ‘real people’. There are no psychiatrists here quoting statistics, this is a man opening up his heart, letting us in to see how he survived and got himself out of the hole he was in.”

Tony Bates from Headstrong felt the subject matter and testimony was so strong that after viewing the trailer for this film, they offered a small amount of money to fund its production, believing that the story could really help people suffering with depression.

Mental Health Ireland and the HSE offered their guidance and support to the project and a training weekend developed by Ann Marie called Hear Me, See Me has arisen out of the whole project.

Secondary school students from Mountrath, Castlegregory, Arklow, Tullamore, Dublin and various locations around Ireland have benefited from these workshops in which they are be trained in film, radio, music, photography and theatre to help them express how they really feel, using professionals in the media industry, just like Wally (who is a tutor on the weekends).

The film received national coverage in May 2012 on the Six One and 9 O Clock News on RTE television, as has been featured as part of the First Fortnight Festival in 2013. The Hear Me, See Me workshops were also featured on the national news. They have been positively evaluated by the HSE and have been discussed on national radio programmes such as Arena (RTE Radio One) and The Last Word (Today FM).