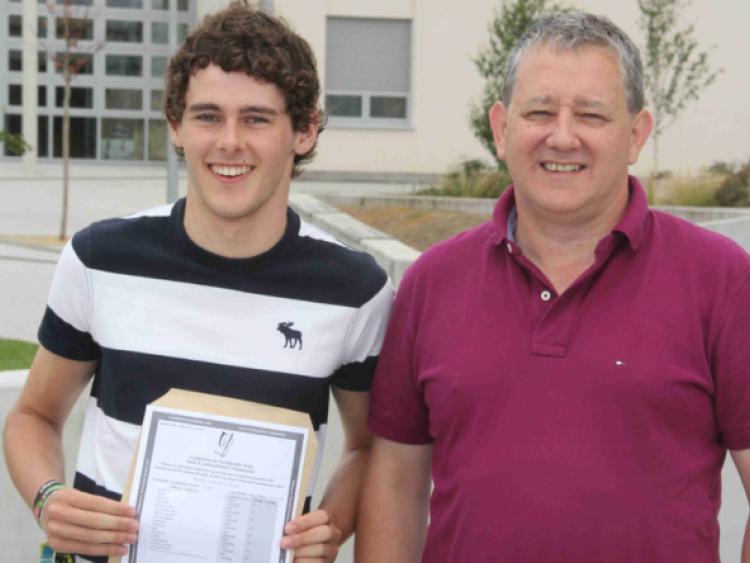 Principal of St Mary’s CBS, Mr Tony Brady described the students’ performance in this year’s Leaving Cert as “exceptional” and said he was very happy with the school’s results.

Principal of St Mary’s CBS, Mr Tony Brady described the students’ performance in this year’s Leaving Cert as “exceptional” and said he was very happy with the school’s results.

“I’m delighted for the lads, it’s a credit to the effort of the students and their teachers,” he said.

Around a third of the 77 students scored over 400 points, with a top score of 605 secured by Benn Hogan of Portlaoise. 575 was achieved by Alayobi Elbasheer, a Sudanese national now living in Portlaoise who was not present to collect his results as he was back home on holiday. Mr Brady revealed that Master Elbasheer called the school from Sudan that morning at 9am to get his grades.

Also scoring highly was Craig McCarthy, Portlaoise, who got 570. With a smile that suggested the good news hadn’t yet fully sunk in, Craig said he was very happy to have hopefully secured enough points to study biomedical health and life sciences at UCD.

Ronaldo Lukason, a Nigerian national now living in Portlaoise, scored an impressive 540 with A1s in physics and chemistry. He plans to study chemical and pharmaceutical science at DCU. Also pleased with their results were Darren Dooley, Dysart, Stradbally, who plans to study accountancy in Galway after scoring 535; Sean Drennan, Ballyfin, who plans to study science choice in Limerick after getting 455; and Kevin Malone, Portlaoise, who said he hopes to study engineering in UCD.