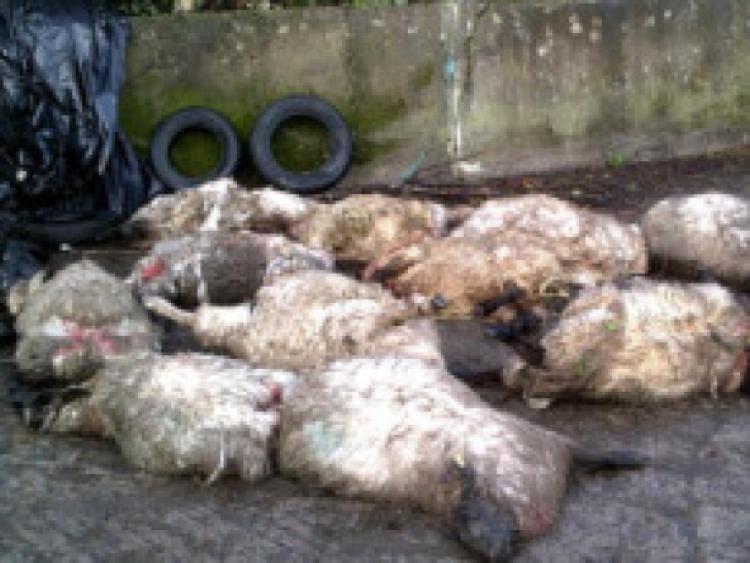 2013 ended on a low point for a Mountmellick-based farmer, after his flock of sheep was set upon just before the new year by two Husky dogs which killed at least 14 of the animals.

2013 ended on a low point for a Mountmellick-based farmer, after his flock of sheep was set upon just before the new year by two Husky dogs which killed at least 14 of the animals.

Joe Kennedy, a suckler and sheep farmer from Clonaslee with an outfarm at Lower Forest, Mountmellick, made the discovery on Saturday, December 28. 14 hoggets of the 58-strong flock were killed in the attack, with a further two subsequently having to be put down.

“This is a big loss, especially at this time of the year,” he said, speaking to the Leinster Express.

“The dogs got in through the fences, the fences were broken down, and ran the sheep all around the place.”

Mr Kennedy described the remaining sheep as having been left very traumatised and frightened by the attack, and he believes dog owners need to exercise more control.

“There are too many of these dogs around,” he said.

The two Husky dogs responsible were captured in the act and are being kept on Mr Kennedy’s property awaiting proper disposal by the dog warden.

He revealed that a phone number on the dogs’ collars has identified the animals’ owner, and the local gardaí are currently investigating the matter. He also said this is the second time sheep have been killed in the Mountmellick area.

Laois IFA chairman Pat Hennessy condemned the attack, and urged dog owners to keep a closer eye on their animals.

“It’s the same thing year after year,” he said. “We’re appealing to people to keep their dogs under control, especially this time of year with freshly born lambs. It’s unfortunate for the farmer who has lost his sheep.

“Any pet can become a savage when he’s out by himself,” Mr Hennessy concluded.