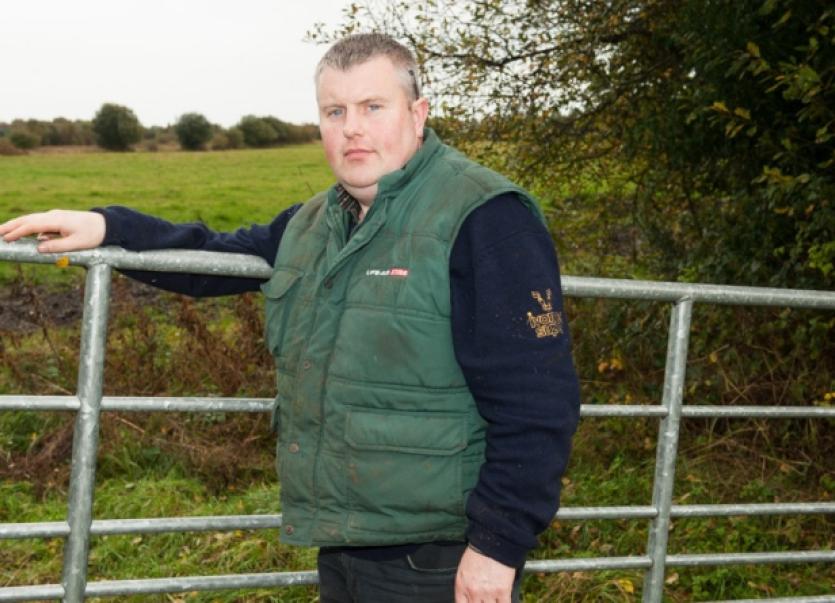 With strong cattle prices being reported this week, thieves have taken advantage of this, stealing cattle to the value of up to €8,000 from a farm in Mountmellick.

With strong cattle prices being reported this week, thieves have taken advantage of this, stealing cattle to the value of up to €8,000 from a farm in Mountmellick.

Five heavy cattle which were only a couple of weeks off going for slaughter were stolen out of a field of 10 from farmer James Conroy last Monday night.

“I have 30 cattle altogether and there were 10 in that field. They did it in the middle of the night, the cattle were there on Monday and gone on Tuesday”.

James said that each of the cattle weighed between 650 and 700 kilos and were worth approximately €1,500 apiece. However with prices reported as rising, this figure could be higher.

The thieves broke the lock on the gate and took the cattle from the field which is on a cul de sac.

The field is located at the junction off the Tullamore Road for Geashill, known locally as Curren’s Cross.

“I would have been killing them in the next fortnight, the other five were not fit for another two months. They took the five heaviest”.

James added that although he has plenty of grass in their original field, he now has the remaining cattle back at his house.

Each of the cattle had tag numbers and a herd number.

“There is nothing to stop them ripping off the tags and going to another abattoir and using their own tags”, James added.

“No place is safe at the moment. There is a big problem with killing in dodgy abattoirs and selling the beef out of the back of vans”.

Gardaí are currently carrying out an investigation.

“We are taking statements from people who might have seen the cattle. We are also going to farmers in the area and circulating information to areas where there is commanage such as the Heath. We have been in touch with slaughterhouses as well”, a spokesperson said. Gardaí have also informed local farmers to keep a look out for any cattle left in open areas or fields that are not frequented. Anyone with information can contact Mountmellick and Clonaslee Gardaí or Portlaoise Gardaí at 057 86 74100.