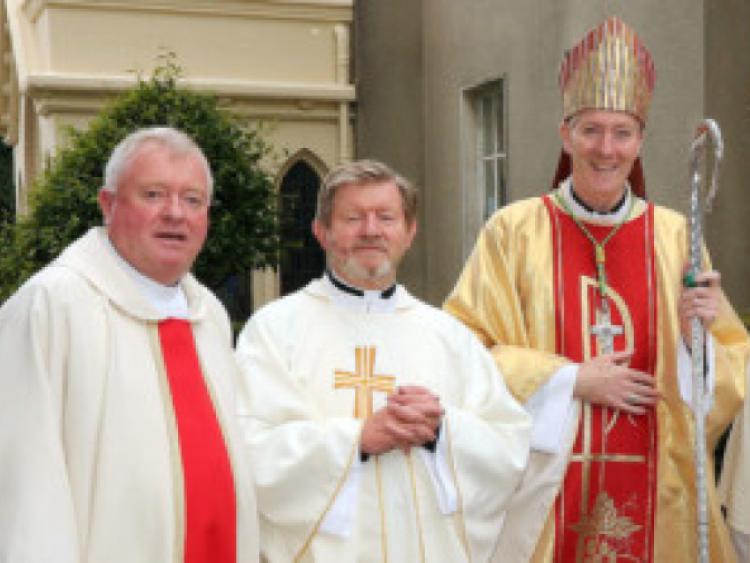 Life has just got busier for Portlaoise’s Parish Priest Monsignor John Byrne, recently appointed Vicar General of the Diocese of Kildare and Leighlin.

Life has just got busier for Portlaoise’s Parish Priest Monsignor John Byrne, recently appointed Vicar General of the Diocese of Kildare and Leighlin.

He is hoping his extra responsibilities will not “significantly affect” his work in Portlaoise Parish.

“My main job as I see it is PP of Portlaoise. It is a good lively active parish, and my ongoing work is the pastoral care of the people of Portlaoise,” he said.

The new role places him ‘second in command’, with more administration duties, filling in on behalf of Bishop Denis Nulty when required.

A native of Pullagh, Carlow, Msgr Byrne came to Portlaoise as PP in 2000, having previously been the administrator in Carlow Cathedral.

“It has been an exciting time, A major project was building the parish centre and upgrading the church, which people supported very strongly. Now the biggest is the schools project. Aghnaharna is moving and I hope the contractor will be on site before schools reopen. Scoil Bhrigid on track and I do hope to see progress early in 2015. We are assured a budget is in place for both, that’s the biggest obstacle,” he said.

Taking in Ratheniska and The Heath, he has about 20,000 parishioners.

“I don’t see them all every weekend though,” said Msgr Byrne, who has four priests to assist in the busy parish.

He finds “a very fresh voice” in Pope Francis.

“He has been wonderful, with a good take on the world, back to basics of caring for the vulnerable and poor,” he said.

He sees many of those poor coming to the Vincent de Paul.

“A lot of people have serious financial worries, we see increased demand, hopefully we have been though the worst,” he said.

Asked if the next promotion would be to bishop, he laughed.

“I wouldn’t worry about that, I won’t get Pope Francis’ job anyway,” Msgr Byrne said.

For more on changes to the diocese, see www.kandle.ie