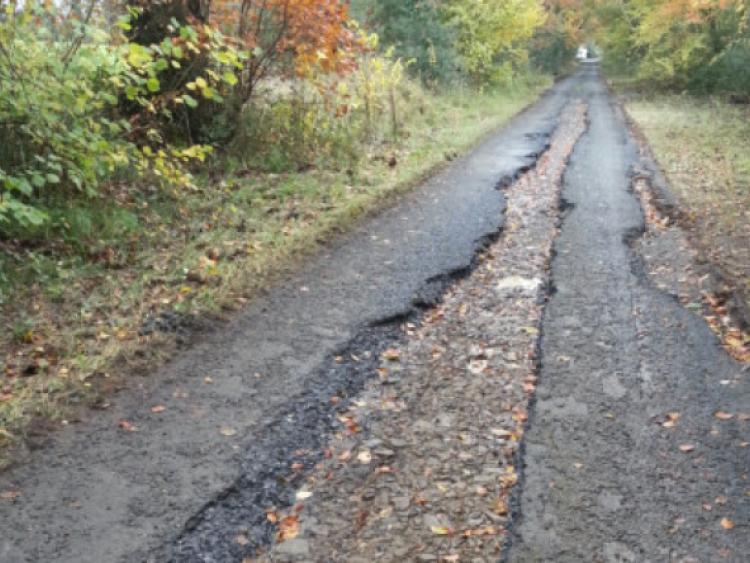 The cost of repairing severe damage on roads in Ballickmoyler, Arles and Killeshin will be in the region of €1 million.

The cost of repairing severe damage on roads in Ballickmoyler, Arles and Killeshin will be in the region of €1 million.

Exceptional flooding on November 13 and 14 caused severe localised damage in area from flash flooding of the Fushogue River and the streams and drains which drain into it. Further flooding happened on November 19 which damaged over 7 km of roadway and a number of bridges.

Laois County Council has made contact with the Department of the Environment to “advise of the severe damage immediately after the first event emphasising the need for emergency funding,” area engineer Orla Barrett outlined.

“A full report on the extent of the damage has been prepared for submission to the department,” she added.

She told the recent Portarlington-Graiguecullen municipal authority meeting that the cost of repairs comes to an estimated €1 million.

“It is not possible until finances are available or advisable to carry out road repairs at this time of year for technical reasons. The roads that have been damaged and in most cases are impassable, are local secondary and tertiary roads. While these roads would be reasonably lightly trafficked they are the only possible route for a number of families and also form two local school bus routes,” Ms Barrett said.

She added that immediate emergency repairs have been carried out to make the roads passable by the roads team in Graiguecullen.

Due to financial and technical restraints, it is not possible to repair these roads, “to such a standard as to deem them finished and open to normal traffic”.

In the meantime, ‘local access only’ and unfinished road surface’ signage will remain until full repairs can be completed, Ms Barrett said.

Repairs have been made to the Strand Road Bridge but it is not currently possible to carry out repairs to the Oldleagh Bridge which will result in the creation of two cul-de-sacs at either side of the bridge.

Damage was also caused to a number of national routes around this time, and while the N80 at Milltown and Stanney and the N78 at Pedigree were not damaged, they were close for considerable periods to allow flood waters recede .