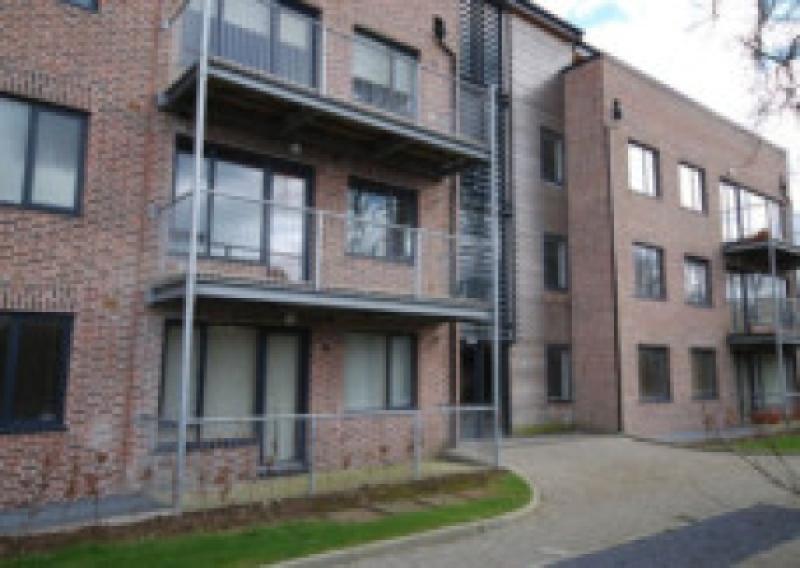 Sinn Fein TD, Brian Stanley referred to Portlaoise apartments which sold for €250,000 as ‘chicken boxes’ during a recent Dail debate.

Sinn Fein TD, Brian Stanley referred to Portlaoise apartments which sold for €250,000 as ‘chicken boxes’ during a recent Dail debate.

“There were chicken boxes built in Portlaoise which sold for up to €250,000, and people were paid to queue overnight to buy some of these obnoxious apartments” Deputy Stanley told a delegation from the Irish Planning Institute.

Deputy Stanley said apartments in other countries, that he had visited, seemed to be much larger.

He said balconies in this country tended to look like a “small cattle crush fastened to the side of a building.”

The Laois TD also recalled canvassing in an apartment block where he could hear one persons radio playing four doors away.

“When the person with the radio opened the door as I called, the radio was not much louder than it had been in the corridor,” he said.

Deputy Stanley said he did not have a problem with apartments, particularly where there was a need for them near transport hubs, urban centres and close to employment.

He also challenged the IPI on their views on planning in rural areas, especially the issue of village consolidation, in some counties small amounts of land close to the centre of villages have been zoned.

“A certain amount was done in Laois, and it was okay for villages like Clonaslee, Ballyroan and Ballylinan,” he said.