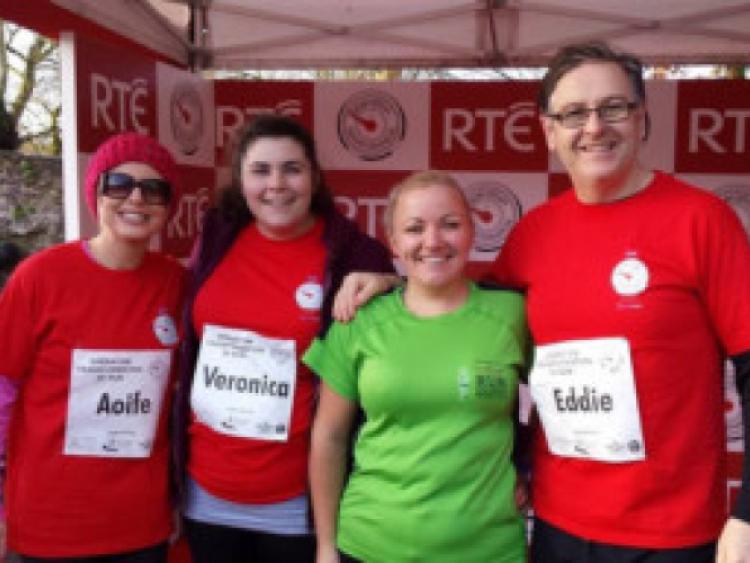 It’s all over the big events – the 5k run and the Catwalk are over. All the leaders are on their own now and its hoped that the healthy eating habits and exercise habits will stick and the leaders continue on their journey to health. That the thing really maintaining good health is a habit it’s not an 8 week fix. How are you doing on your health journey?

The 5k run was in Cork and Dublin and drew 8,000 people Myself and Aoife were in Cork with Eilish and Veronica. Alas poor Eilish’s ankle never came right and she was the first OP leader ever not to complete the 5k. Veronica powered home. In Dublin Louise, Mark, and Alan were all amazing. Louise started the program 8 weeks ago the most unlikeliest runner having no liking for outdoors, getting sweaty, pushing herself – she was way too girly for that. After 8 week from couch to 5k she powered home in 31 minutes and is now excited about running. Incredible. Mark had his family to support him over the line. Alan was amazing. When I first met him at assessment in November 2014 he was 27 stone. At the end of the program he weight 24 stone 3 lb. With incredible determination and courage he walk/jogged the 5k.

All the leaders are locked away from their families before the Grand Finale. Brendan Courtney the stylist goes into action and the likes of the grooming, make up, hair & clothes is unbelievable. The leaders deserve a bit of pampering after all they have been through. Let’s recall;

Louise started the show very timidly and only mid way did she get her mojo. When she got over her fears and comparing her own weight loss to the others (she was the lightest leader) she started to excel, particularly with the help of her father. Louise entered the show with Poly Cystic Ovarian Syndrome, with this it’s harder to lose weight.  Herself and Will gave up a 20 a day cigarette habit each. She moved her weight to the point where she can now start having a baby. She has commenced her fertility treatment. Could Louise have the first ever OT baby? Her dream is the biggest of all the leaders – a family.

Mark hit his target every week. He broke the 20 stone barrier. His achievements are all about hard work. For Mark it’s all about his family, he is wonderful father and leader winning a special award from Dublin Fire Service. Things can seem unachievable when you don’t have the tools. When you have the tools the you can reach your goals particularly when your dreams get bigger than your excuses.

Veronica faced demons in her adolescence and bravely taked about taking an overdose associated with her low self esteem, depression, and bullying experiences.

When I met Veronica her confidence was slipping away by nagging negative beliefs about herself.

With some work she now has a coaching and nurturing voice. Her belief and confidence outshines her negative voice.

Real learning for Veronica is that inner love & beauty is the most important.