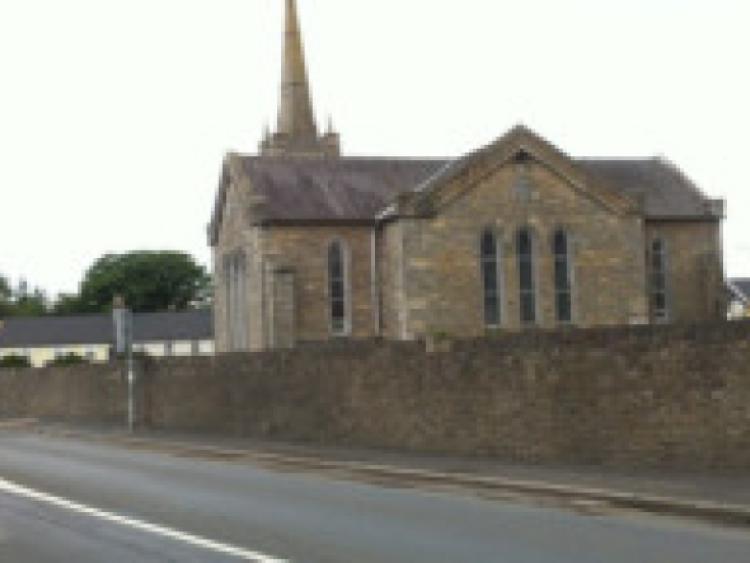 A Laois County Councillor wants double yellow lines removed in Mountrath to allow people to park closer to the Church of Ireland.

A Laois County Councillor wants double yellow lines removed in Mountrath to allow people to park closer to the Church of Ireland.

At the recent Borris-in-Ossory/Mountmellick Municipal District Area meeting, the Mountmellick councillor also asked for parking bays on the Ballyfin Road at the junction of the Rushin Road to be removed, as he said they were causing extreme safety issues for people exiting the junction.

The area engineer, Brenda Cuddy said the removal of the parking bays were on the list of works for the road lining crew when they are next in the area.

However, she said she would not be removing the yellow lines.

“People are parking on the junction during services. The traffic is more free flowing now since we took the parking away. It makes it easier for lorries etc to turn,” Ms Cuddy said.

“I agree that for big services there is not enough parking, but I can’t allow people to park on the junction. The road is not wide enough to allow for parking on both sides,” she said.

Cllr David Goodwin added his voice to the debate.

He asked if the area engineer could justify the length of the double yellow lines.

Cllr Goodwin continued: “I drive a truck and a jeep with a trailer and I have no issue making that turn.”

Ms Cuddy insisted that the double yellow lines would not be removed.

“I can allow for full and safe parking on the other side of the road,” she added.