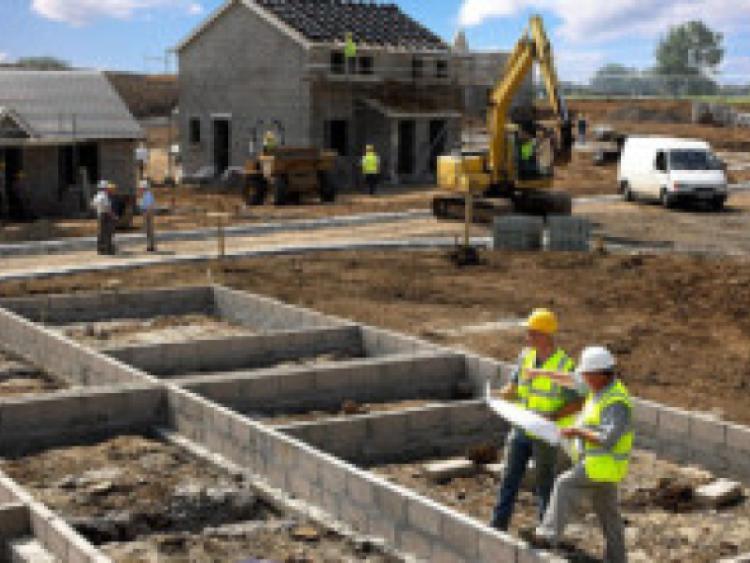 The first new council housing estate to be builtin Laois since the recession hit, will begin construction later this year, following a government grant of €4,774,230.

The first new council housing estate to be builtin Laois since the recession hit, will begin construction later this year, following a government grant of €4,774,230.

Conniberry Way, on the Old Knockmay Road, Portlaoise, will have 30 three bed semi-detached houses and three maisonettes. They will be built on a 2.5 acre site behind cottages on the road, costing on average €144,000 each.

The announcement was made by acting county manager Gerry Murphy at February’s council meeting.

“It will now proceed to the detailed design stage, that’s good news,” he said.

More housing projects are awaiting finance from the Department of the Environment and Local Government.

“We would expect similar projects to get budget approval over the next six weeks,” said Mr Murphy.

Tenders will be sought for construction of Conniberry, expected to start this autumn.

“The properties may be tenanted in late 2016,” said Housing Officer Michael Rainey, who met with Minister Alan Kelly recently to propose the development.

The land was first bought by Laois County Council and then transferred to the Housing and Sustainable Communities Agency, described as “a NAMA for county councils’ by Cllr Willie Aird.

“It is the first time since the recession that we have got building of this magnitude. This was a very expensive site. It is good to see 33 people taken off the housing list, there is a shortage of three bed houses and those are at exhorbitant rental prices,” he said.

County Councillors all welcomed the new development, with Portlaoise Cllr Noel Tuohy recollecting playing on the site “as young fellas”.

Meanwhile in Clonaslee six units are under construction at Clodiagh Way, completing the council estate.

In February 1,758 people were listed on the council’s social housing waiting list.