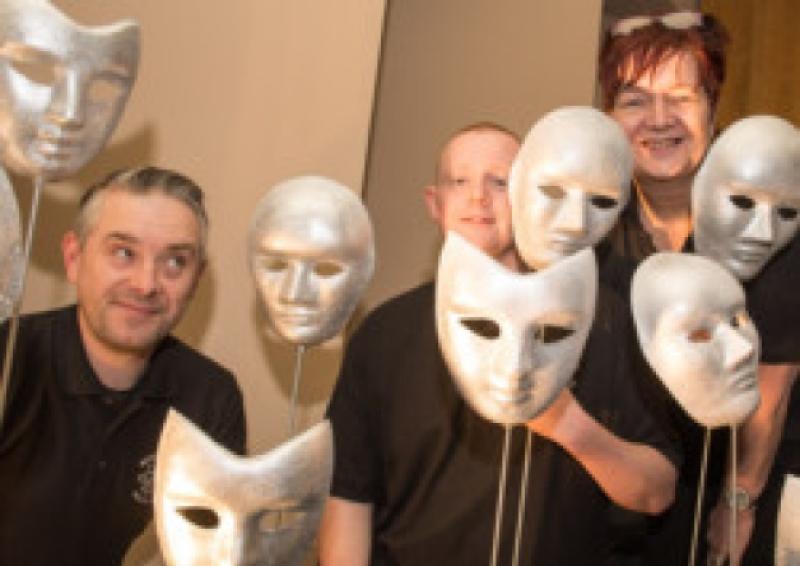 Mountmellick Drama Festival are celebrating 25 years with another stellar line-up of drama groups from across the country.

Mountmellick Drama Festival are celebrating 25 years with another stellar line-up of drama groups from across the country.

The festival opens this Friday night, March 6 at 8pm and runs for eight days concluding on Friday, March 13 in the Community Arts Centre when the winners of both the open section and the confined section will be announced.

Last years winners, Kilmuckridge Drama Group who performed “The Weir” went onto win the All-Ireland confined last year and they are now performing in the open section .

“This year groups that are travelling to Mountmellick hail from Cork, Tipperary, Clare, Wexford and they are hoping to gain those all important points to reach the most sought after All-Irelands finals,” Committee member, Patricia Conroy said.

The open finals are held each year in the Dean Crowe Theatre in Athlone taking place this year on Thursday, April 30 to Friday, May 8. The results will be announced on Saturday, May 9.

The confined finals which rotates around the provinces annually, will be taking place in Kilmuckridge, County Wexford from Friday, April 10 to Sunday, April 18. The results will be announced on Saturday, April 18.

The Drama Festival’s are grateful to their main sponsor, Mountmellick Credit Union, for their continued support since they first became the main sponsor in 1996.

The Mountmellick Drama Festival is run under the auspices of the ADCI, the Amateur Drama Council of Ireland.

This year’s Festival adjudicator is Paula Dempsey – who made her adjudicating debut on the Mountmellick stage in 2008. Since then Paula has adjudicated throughout the country both full-length and one-act festival.

“We are delighted to welcome Paula back to mountmellick where she was an active member of the Mountmellick Drama Group both as an actor and director,” Ms Conroy added.