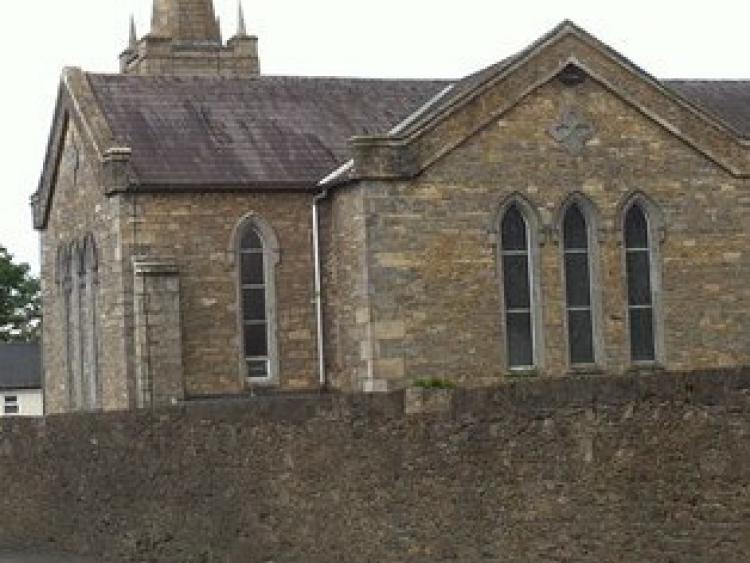 The parishioners of St Peter’s Church, Mountrath are trying to raise at least €10,000 to fix the windows of the church.

The parishioners of St Peter’s Church, Mountrath are trying to raise at least €10,000 to fix the windows of the church.

The windows of the Church date back to the early 1800’s and have fallen into disrepair in recent years.

“We knew for a few years we were going to have to do something about the windows. They are really in a bad state. The Church is in a very prominent position just off the Dublin Road and the windows are becoming very noticeable,” Mabel Peavoy explained.

“They are very drafty and the rain is coming in through them. The heating is wasted when it is turned on. They need to be fixed now.

“The Church would also need to be painted,” she added.

The parishoners hope to raise at least €10,000 to have the work done, and hope to get some heritage grants too.

“We will also be making some applications for grants,” Mrs Peavoy said.

The parishioners have no plans to organise any extra fundraisers yet, but are hoping that their regular fundraisers will be well supported.

“”We hope to do well on the golf classic. This is our second year running it and we have been giving it an extra push this year. We also have a bring and buy sale and a barbecue.”

Mrs Peavoy, who is the church organist said the church is used every Sunday and on special occasions such as saint’s day. Children from the local school also use it.

“We have a very lively congregation and would have approximately 40 to 60 people on a Sunday morning, I think.

“I have my back to the people as I play the organ, so I wouldn’t know exactly how many people there would be.”

Already 15 teams have signed up for the golf classic which will be held on May 22 in Mountrath Golf Club, with as many sponsors lending their support.

“We’re giving it a big push for the last week to get as many as possible out on the course next week,” Mrs Peavoy added.