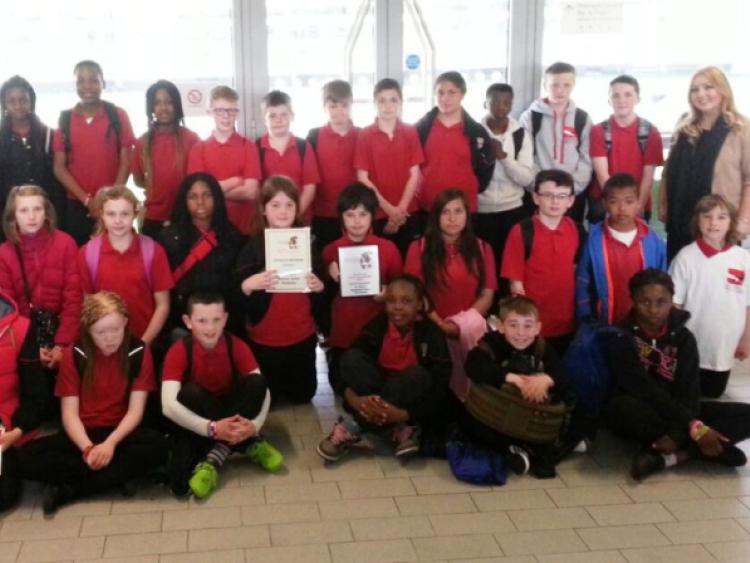 After writing a catchy original song for the competition called ‘Standing Together’, fifth class pupils and their teacher Christine Redmond were invited to the Aviva Stadium to sing it onstage at the awards night on April 20.

Then they went on to win one of six Special Commendation awards handed out to schools nationwide.

“The children had a fantastic day, not only visiting Aviva and winning an award, but also performing for over 500 people. It was a huge honour. It is certainly a day they will not forget,” said Ms Redmond.

Over 200 schools entered the competition this year, with St Paul’s one of 40 invited to the final.

St Paul’s fifth class had spent six weeks learning about racism and its effects, while creating art and doing activities. A speaker from Show Racism the Red Card also came to the school to talk to them.

The class then decided to enter the creative competition, open to all primary and secondary schools and youth groups.

Minister of State for Equality, New Communities and Culture, Aodhan O Riordain attended the awards, along with soccer, boxing and GAA stars.

“Show Racism the Red Card”, is an anti-racism charity founded in the UK and established in Ireland in 2006. The aim is to harness the high profile of sportspeople to combat racism.