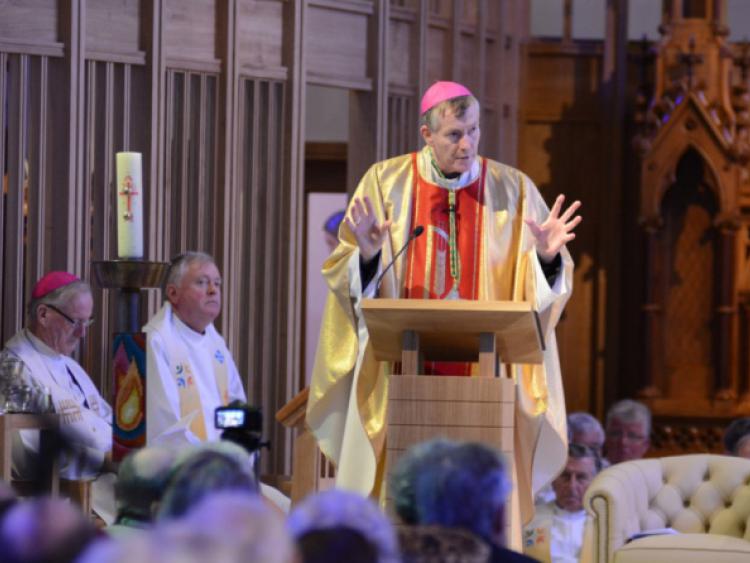 The Bishop of Kildare and Leighlin has advised catholics to “reflect deeply” before they vote in the referendum to legalise same-sex civil marriage.

The Bishop of Kildare and Leighlin has advised catholics to “reflect deeply” before they vote in the referendum to legalise same-sex civil marriage.

In a letter issued to parishes on Bishop Denis Nulty described the vote to allow people of same sex marry as complex.

“This is not a single-issue referendum but is very complex and demands careful reflection. The result will have many serious implications for our society,” he said.

He asked for a vote with Christian marriage in mind.

“I encourage you to value the model of Christian marriage which is the fundamental building block of our society. Your opinion matters, so make sure your voice is heard, and vote on May 22. Only by voting, can you ensure your voice speaks in the referendum result,” he said.

The bishop made his statement after being asked for guidance by priests and people during confirmations.

He quoted from a letter by Pope Francis, written when he was Archbishop of Buenos Aires, just before same-sex marriage was legalised in Argentina in 2010.

“A father is not the same as a mother. We cannot teach future generations that preparing yourself for planning a family based on the stable relationship between a man and a woman is the same as living with a person of the same sex. Let us also be aware that, in seeking to advance a supposed claim on behalf of the rights of adults, we may be setting aside the far greater right of children to rely on models of father and mother,” Archbishop Bergoglio wrote in 2010.

He went further in that letter, saying that at stake were “the identity and survival of the family, and the lives of many children who will be discriminated against in advance, and deprived of their human development given by a father and a mother and willed by God”.

In his letter Bishop Nulty said he prayed he did not offend or hurt anyone. “I know this referendum on marriage is a complex and sensitive topic,” he said.