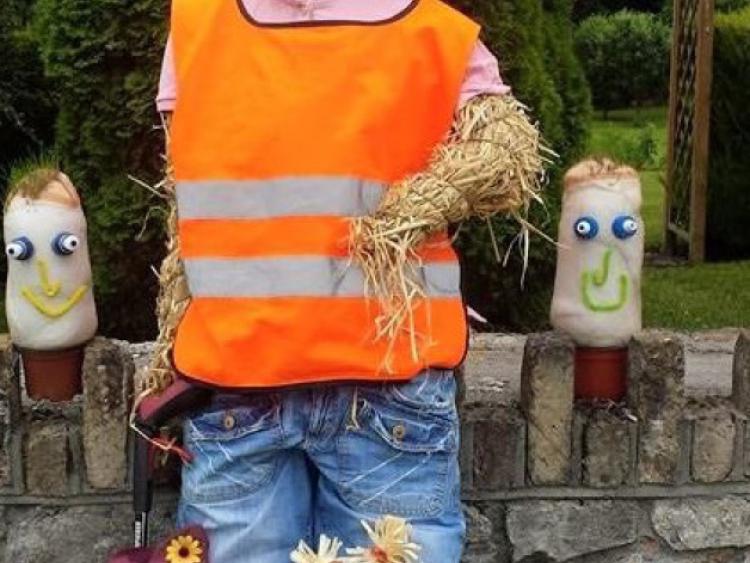 Beginning as a community festival some years ago, the Durrow Scarecrow Festival has now evolved into one of national acclaim.

Beginning as a community festival some years ago, the Durrow Scarecrow Festival has now evolved into one of national acclaim.

Now in its sixth year, the festival has become synonymous with great family entertainment, value for money and maybe just a ‘touch’ of quirky madness. It is home to the All Ireland Scarecrow Championships, which sees over 100 scarecrows compete for the title of ‘All Ireland Scarecrow Champion’ with a prize fund of €3,000 up for grabs. Full details available on the website.

There is hardly a child in the county who doesn’t recall the thrill of the IWW Wrestling Warriors who will once again take to the ring on Monday, August 3. Other highlights of the weekend will include ‘Davie Furey’ and ‘Abbeyfolk’ who will take to the stage on Sunday, August 2. Street Entertainers will once again be an integral part of the festival’s weekend entertainment.

An arts and crafts exhibition will be held each day in the Community Centre and the Courthouse Museum Exhibition – ‘Durrow of Yesteryear’ will be open to the public on Sunday, July 26, Sunday, August 2 and Monday, August 3. The Outdoor Market (food and crafts) which always draws a large crowd will be held on both weekends. Aghaboe Carriage Driving Club will provide tours of the scarecrow trail on both Sundays and are always a big hit with young and old alike.

New events this year include ‘Feirm Factor’ on Monday, July 27 which will see representatives from Macra na Feirme branches compete against each other and test their farming skills.

Creating real excitement locally is another new event ‘It’s Ladies Night’ which will take place in Castle Durrow on Wednesday, July 29. Tickets are €12.50 and available online at www.durrow.ie.

A ‘Fittest Four’ competition will take place on Saturday, August 1 and see teams of four go head to head to be crowned the fittest.

The ‘Woof and Wellie’ walk will see owners and their dogs participate in a walk through the Castle Durrow grounds on Tuesday, July 28 at 7.30pm. Pre-registration is required and forms can be downloaded from www.durrow.ie

Durrow Development Forum would like to acknowledge the support of Laois County Council and the local sponsors and supporters. All monies raised from the festival will go to meet the community’s share of the cost of the Durrow Square Regeneration Project (Phase 2).For a full progamme visit www.durrow.ie or check out durrowscarecrowfestival on facebook.