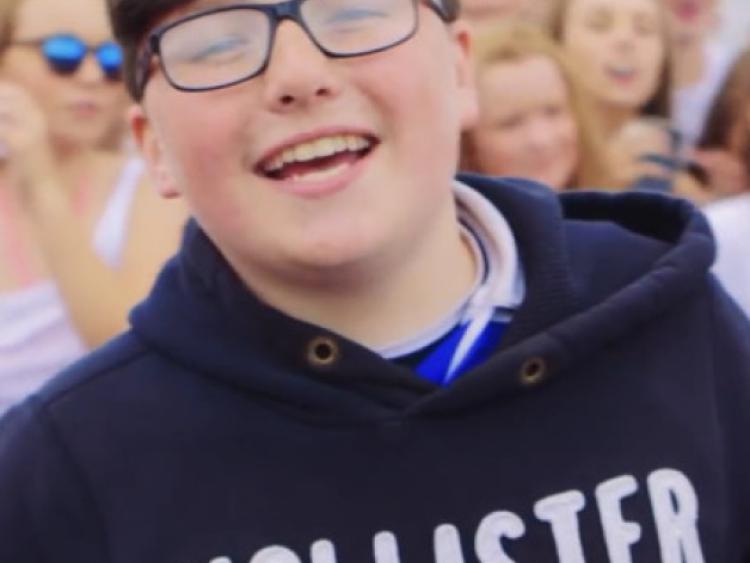 A Portlaoise teenager, who performed on last year’s Late Late Show Toy Show has become an internet hit with his friends from the Irish summer school Colaiste Lurgan.

A Portlaoise teenager, who performed on last year’s Late Late Show Toy Show has become an internet hit with his friends from the Irish summer school Colaiste Lurgan.

Cian Mac Gearailt’s version of OMI’s ‘Cheerleader’ has been viewed over 400,000 times on YouTube and shared countless times across various social media.

Along with the vocals, the Colaiste Lurgan students also record music video’s. Cian and classmates filmed the video for ‘Cheerleader’ on a beach.

“It was brilliant recording the video.

“Cheerleader took a good few takes, but we did All I want in about four takes.”

“The college chose the songs for us, but we were happy with them as they are all brilliant. I had no idea it was going to be as big as it is.”

Cian also recorded Kodaline’s All I Want with his sister Clíodhna, in Irish of course. The song has been viewed more than 20,000 times on YouTube.

The second year CBS student, who is fluent in Irish, spent three weeks in the Gaeltacht.

“It’s kinda like school, we had classes in the morning and then we did different activities in the afternoon.

“My sister went there for two years and she said it was brilliant. It was definitely worth going.

“I was in Cursa A which is for first and second years students.”

Colaiste Lurgan first came to the nation’s attention last summer when their version of of Avicii’s ‘Wake Me Up’. They have also recorded covers of Daft Punk’s ‘Get Lucky’, ‘The Cup Song’ from the movie Perfect Pitch and Bastille’s hit tune ‘Pompeii’.

Cian co-performed the Pharrell William’s hit ‘Happy’ as part of a group performance with musicians and dancers on the Toy Show last December.