'€6.5m for a library and we can't get two public lights' - Laois councillors disagree 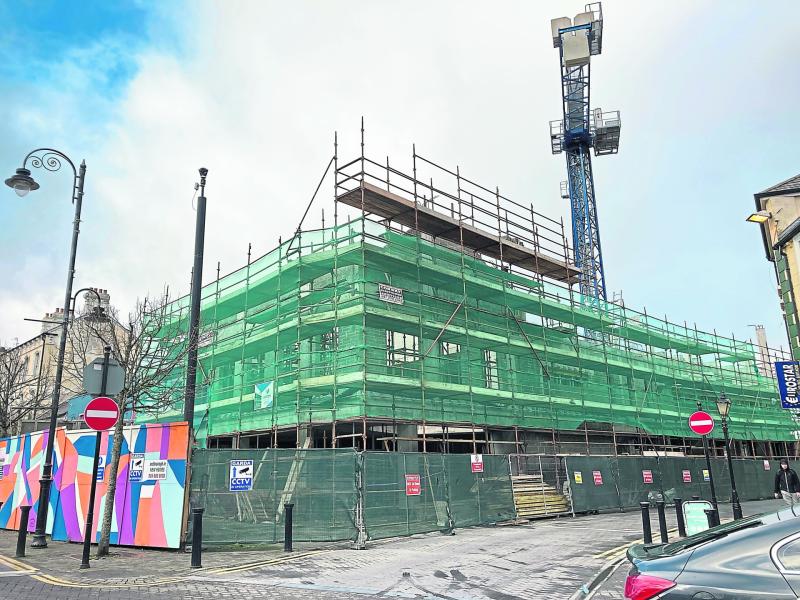 The latest cost revealed to finish the new Portlaoise library has divided Laois councillors with some supporting the €6.5m project and others questioning it.

The county's two Sinn Féin councillors have criticised the cost.

Cllr Aidan Mullins is from the Portarlington Graiguecullen Municipal District where he says they can't even get funding for streetlights.

"It went from €3 million to over €6.5 million. Even allocating for construction inflation, that doesn't account for over 100% of a rise. All you are getting is a library, and we're crying out for funding for the county. I can't even get two public lights," he said.

He is critical of how the project was carried out.

"Things were overlooked quite a bit, whether in the design or surveys. We met unanticipated costs we should have foreseen," he said.

Cllr Caroline Dwane Stanley is in the Portlaoise Municipal District.

"Portlaoise council is delighted we are getting this but it is hard to justify the cost. We were never told of the escalating cost. I read about it in the local press. We weren't informed. We all know the existing library is not suited and outdated in the middle of a carpark. What will happen to that? It's clearly an asset. We have to ask questions, it is our job and what the public expect us to do," she said.

Cllr Thomasina Connell said it was wrong to compare spending on the library and on housing.

"To say spend money on homeless people instead of a library, it's not as simple as that. Sometimes that's a narrative, but homelessness is very complex. It's not going to be solved by €6 million.

"I really believe in this project. I am a firm believer in equality of opportunity. This promotes people's education and it doesn't cost them anything, it's an amazing leveller. It's a door into education that maybe financially wouldn't be there otherwise," she said.

"Most of this is Government money that we wouldn't be getting otherwise. We will have a state of the art library. I am in the Vincent de Paul and a lot of young people in Laois are in poverty. They cannot afford IT or broadband. This will be a facility where they can study and research and advance to third level," he said.