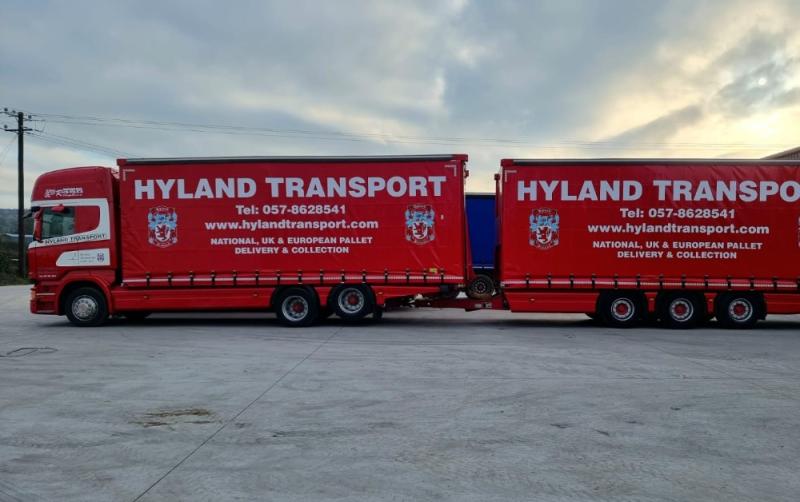 The generous response of Laois residents to an appeal to help people of Ukraine has been praised by local haulier Ger Hyland.

"The response to it is massive. I am very surprised at the response, very happy with it as well," said Mr Hyland. He has been in contact with people on the border of Ukraine where over two million people have been displace by the Russian invasion. "For the moment they have enough clothing but they do need food," he said.

"The feedback that we are getting on the ground is that food is becoming an issue," he remarked. He made an appeal for non perishable food stuff and medical supplies, both of which are needed on the ground at the Ukrainian border.

Local GAA clubs have come onboard to help with the charity event and the response has been remarkable. Mr Hyland said he has been offered money but isn't accepting any financial donations. He advised people who sought to donate money to do so through established reputable charities.

McMorrow Haulage, another Irish Road Haulage Association member based in Dowra, Co Leitrim are also collecting for Ukraine. Between the hauliers, they expect to have between six and ten lorries leaving either on Sunday, March 20th of Monday, March 21st.

Mr Hyland said the trucks are fitted with cameras and are being tracked electronically. "There will be a website available where people can actually go on and track the vehicle," he added.

Anyone who wants donate medical supplies or non perishable food stuff can do so at Hyland's in Rosenallis on Saturday, March 19th between 10am and 4pm.