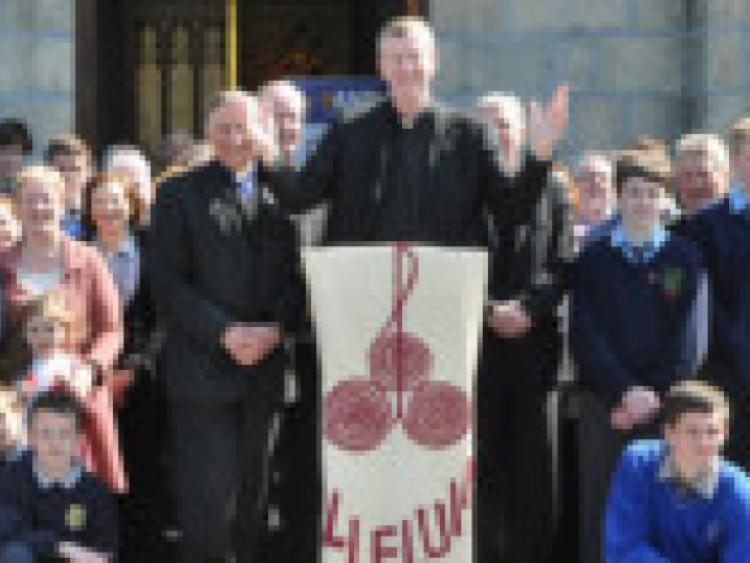 The new Bishop of Kildare and Leighlin will be officially invested in his new position on the first Sunday of August, this year.

The new Bishop of Kildare and Leighlin will be officially invested in his new position on the first Sunday of August, this year.

He will take over the reigns from Monsignor Brendan Byrne who has been working as the administrator of the diocese since Bishop Jim Moriarty resigned almost three and a half years ago.

In his first address as Bishop-elect, Fr Nulty didn’t shy away from the current church controversy over abortion. Referring to Monsignor Brendan Byrnes statement in the lead up to the recent Knock vigil, Fr Nulty said he “very eloquently reminded us: “a life is a life. Whatever happens, the need to respect that life should never be reduced to a ‘choice’ or an arbitrary timeline” .

He continued: “Mothers deserve nothing less than the best medical and psychiatric care available, especially during pregnancy when the lives of two persons – the life of the unborn and the life of the mother – are at stake.”

Fr Nulty entered the seminary at Saint Patrick’s College, Maynooth in September 1981. He was ordained a Priest for the Diocese of Meath in June 1988. He became the youngest PArish Priest in the country when he was appointed to St Mary’s in Drogheda in August 1998, where he was remained until the present day..

Msgr Byrne credited Bishop Smith for his foresight of that appointment at the time, as Fr Nulty now becomes the youngest Bishop in the country.

He said he hoped that they would also ‘see eye to eye’ with the new Bishop who is also one of the tallest priests at 6’5”.