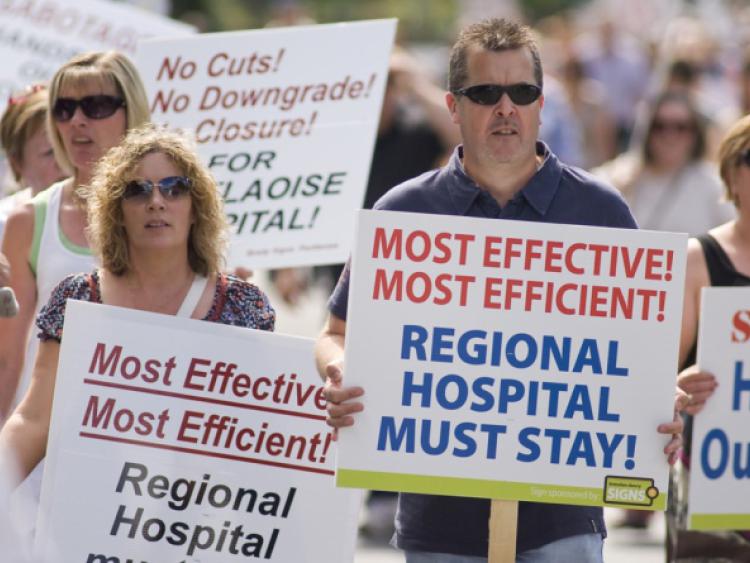 Dublin junior doctors based at the county’s biggest hospital could be drafted in to shore up services in Portlaoise.

Dublin junior doctors based at the county’s biggest hospital could be drafted in to shore up services in Portlaoise.

Laois TD Charlie Flanagan has asked the Minister for Health James Reilly to set up a NCHD rota with St James’ Hospital in Dublin and the Midlands Regional, as the two hospitals are now linked.

Dep Flanagan said two new consultant surgical posts for Portlaoise hospital will be advertised in the coming week. These posts will be advertised under the new Dublin Midlands Hospital Group. “It is evident that Portlaoise is already reaping the benefits of being attached to this group at such an early stage,” he said.

Dep Flanagan continued: “As I have stated previously the grouping means that hospitals will work in tandem to provide acute care for their patients rather than competing with each other for resources and funding. By accessing world class facilities and training such as those available in Trinity College we are ensuring the patients receive the best treatment available to them. In that respect I have also asked Minister Reilly to consider the rotation of NCHD’s between St James Hospital and Portlaoise.

The Fine Gael TD was speaking after a “comprehensive meeting” with the Minister Reilly. DepFlanagan said that all NCHD posts had been filled in Portlaoise earlier this month.

“In order to ensure a continuity of service in the Emergency Department in Portlaoise the hospital has secured six registrars in General medicine and an additional consultant physician,” he said.

Dep Flanagan added: “I also took the opportunity to speak with senior HSE officials about the creation of a consultant post in the Emergency Department in Portlaoise and I expect further developments in relation to this in the near future.”