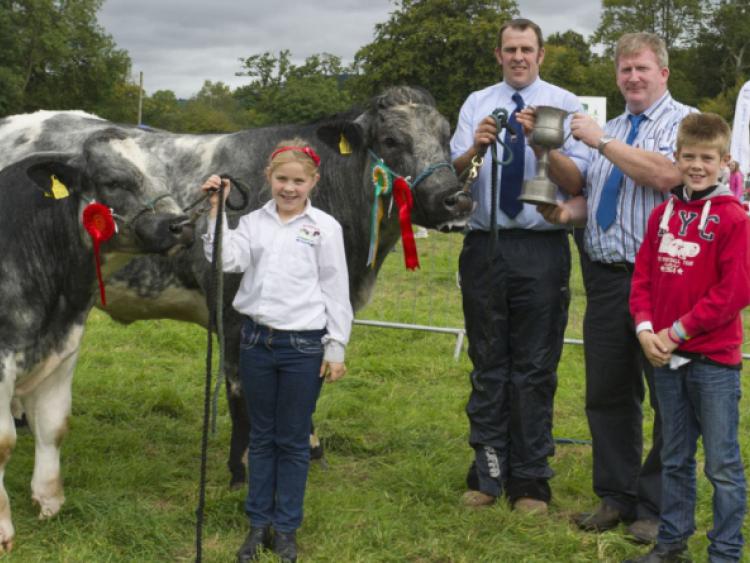 Ten year old Sophie Pearson was laid to rest last Sunday in Roscrea, after a moving funeral service where her love of life, sport, art and farming were remembered.

Ten year old Sophie Pearson was laid to rest last Sunday in Roscrea, after a moving funeral service where her love of life, sport, art and farming were remembered.

It followed a tragic accident on Saturday, July 14, when Sophie fell from a hay bale that was on a trailer, on the road between Clough and Aghaboe.

She was rushed to Temple Street children’s hospital but died from her injuries last Thursday, to the shock and sadness of her family, friends and the wider community.

Sophie was the only daughter of David and Diane Pearson, a well known and respected farming family from Clough, who also have two sons Scott and Ben. She attended Dunkerrin National School near Roscrea.

Fr Jackie Robinson, PP of Borris-in-Ossory, led the service, assisted by both Catholic and Church of Ireland ministers, reflecting the family’s multi-denominational background. Guards of honour were formed by Sophie’s friends from clubs where she was a member, including cub scouts and football.

“It was very sad. Sophie was involved in so many things like Cub Scouts and girls’ football. She even played rugby with boys under 9s in Roscrea. She was also very creative, and very much involved with farming, showing her family’s Belgian Blues at shows. She was able to handle the cattle like an adult. She lived life to the full. She always had a smile on her face. Anybody she met, she left a lovely impression on them,” Fr Robinson said.

With Fr Robinson on the altar were Archdeacon John Murray from Rathdowney, Fr Tom Corbett, and Fr Michael Harding.

“It is obviously a huge shock. The funeral attendance was a sign of the distress, hurt and anguish felt by everybody,” said Archdeacon Murray.

Sophie’s maternal grandfather Joe Scully had passed away just a matter of weeks ago, and she has been laid to rest close by him, in Dungar Cemetery.

Chairman of Laois IFA Pat Hennessy has called for vigilance on farms.

“It is very tragic, the sympathy of the farming community goes out to them. I would appeal to farming families to be extra careful, farms are a dangerous place to be,” he said.