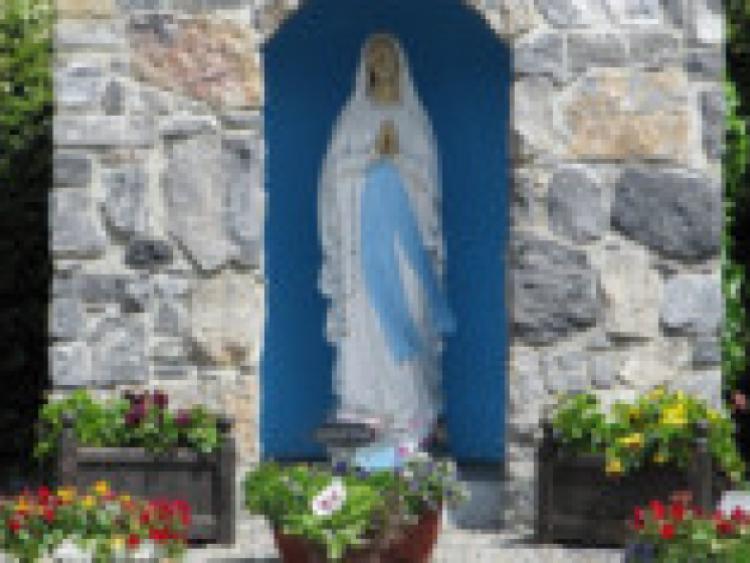 Heartless thieves are targeting a holy shrine to Our Lady, at the front of Portlaoise Parish Church.

Heartless thieves are targeting a holy shrine to Our Lady, at the front of Portlaoise Parish Church.

The unknown culprits have repeatedly stolen containers of flowers that had been carefully grown and tended by a pair of local volunteer ladies.

The grotto was erected by the Medugorje group eight years ago.The statue was moved from the Presentation covent. Since then Sadie Coughlin and Ellie Foran have voluntarily kept it surrounded with containers of fresh flowers, grown from seed and carefully watered daily to keep the grotto looking at its best.

But twice in the past week, the flowers have been stolen late at night, after Mrs Foran had done her nightly rounds with the watering can.

“It happened after 10pm, because that is when I do my watering,” said Mrs Foran.

The ladies replaced them with more containers, as Mrs Foran had backup flowers in her garden.

However last Thursday night the thieves repeated their crime, taking three more, including a basket of purple lavender, and a grey box with ‘welcome’ written on the side, containing summer blossoms.

“It is very aggravating. This is our Blessed Lady’s sanctuary, the people of Portlaoise put that grotto there, I would ask these thieves not to be stooping so low,” said Mrs Foran, who plans to carry on placing flowers at the grotto.

She suspects a link to recent vandalism of Tidy Towns flower boxes nearby.

“I think they tried to take those boxes but couldn’t and that’s why they just pulled out those flowers,” she said.

Portlaoise Gardaí have been informed of the thefts as has Monsignor John Byrne PP.

“It’s baffling, it doesn’t look like vandalism, but there isn’t a huge monetary value either. People are putting those flowers there out of a sense of devotion, this is very difficult for them. They are a very dedicated group and it’s a pity to see their care undermined by senseless theft,” said Mons Byrne.

He has asked locals to be vigilant at night around the area.