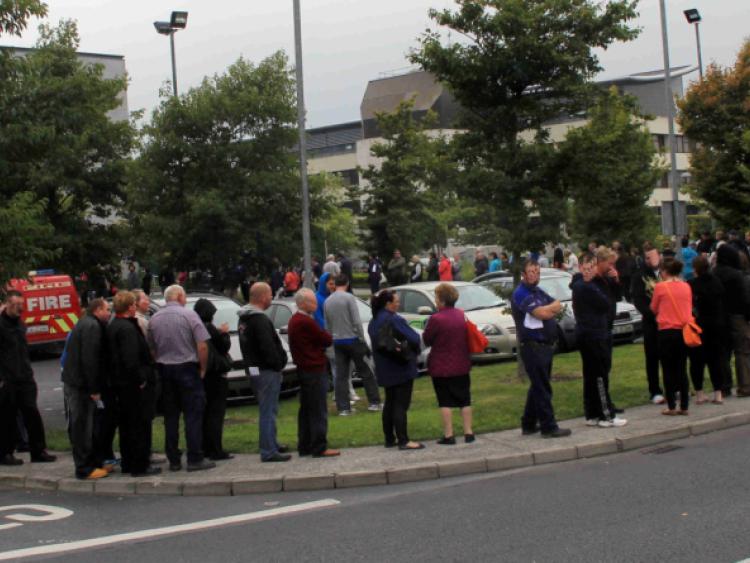 Hundreds queued outside the Motor Tax Office at County Hall last Monday, as the deadline for the new road tax rules loomed.

Hundreds queued outside the Motor Tax Office at County Hall last Monday, as the deadline for the new road tax rules loomed.

Some people reported a waiting time of up to four hours to declare that their car, van or tractor had been off the road and have new tax certificate issued as the council said they were doing all they could to facilitate the crowds.

Councillors pleaded with council officials to do something for those who were spending much of their day queueing.

“Tractors are the main thing in the queue, can you please do something,” Cathaoirleach Mary Sweeney asked.

She proposed allowing forms to be stamped at other local authority office.

“I am pleading with you not to let this continue,” she said.

Head of finance, Gerry Murphy, who was seen assisting the public during lunch time said there had been a three month transition for the new procedures for declaring a vehicle which had been off the road.

“We have ten staff working, some are going through the queue and are particularly picking out the people who just want to normally tax their car.

“We are working hard to deal with everyone and will look at the viability of other options,” he said.

Mr Murphy said it was 4.45pm before the last person was served last Friday, despite the office closing at 3.30pm.

He said that some people had been queuing on Monday from as early as 7.30am.

Mr Murphy said that anyone who was there before 3.30pm would be accommodated.

County manager, Peter Carey said people were well aware of the change in the regulations and these queues were not particular to Laois.

“Anything that can be done will be done,” he said.

Cllr James Deegan asked if forms could be stamped and dated today and then processed at a later date.

“This is a one off situation. There are people with vintage tractors and if it doesn’t have a passport from today, it will be valueless in the future,” he explained.