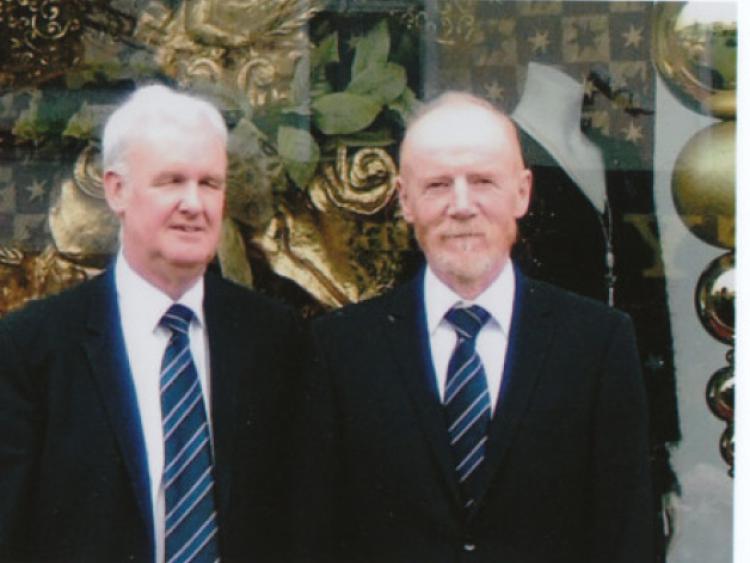 JOHNNY O’Brien was 16 when he started driving cars, 18 when he graduated to buses--and now, nearing 80, he is still going strong.

JOHNNY O’Brien was 16 when he started driving cars, 18 when he graduated to buses--and now, nearing 80, he is still going strong.

This despite the fact that 20 years ago he was injured so badly in a collision that he was forced into a wheelchair.

“I would not change my life for nobody,” he muses. “I got it hard. Very hard. But I overcame the lot of it,” he tells the Leinster Express.

His life will be celebrated in Portlaoise Parish Centre at 8 pm next Monday night, December 16, at the launch of his ninth book on his beloved town. Evocatively titled “As Times Goes By,” its front cover features Johnny and his wife Maura.

They’ve been together for almost 59 years, business partners as well as a couple. In their courting days their meeting place was the Coliseum Ballroom (later Danceland) on the New Road, later demolished to make way for James Fintan Lalor Avenue.

It went all over the world, as did his subsequent eight works. Each one is important historically, a record of people, events and places that otherwise might have been forgotten.

From homes here, there and everywhere came old and not so old photographs, ferreted out by Johnny in his electric wheelchair. Sometimes it ran out of juice.

Not to worry. He just phoned home for a rescue vehicle. That’s an advantage of having a transport company.

Real old Maryboro’ stock is Johnny, reared at Borris Road, a son of Dickie and Elizabeth O’Brien. Also in the family were Dick Jnr (now deceased), Mary and Billy.

Dickie, who was also a news-vendor, started off in the transport business with ex-army jeeps. “I drove Laois teams, CBS teams and Portlaoise teams all over the country,” Johnny recalls.

Pat Boran, in “The Invisible Prison,” his classic reminiscences on childhood in Portlaoise, tells of a school tour in an O’Brien bus and Johnny’s remonstrances to his passengers: “No chewing gum. If I catch any one of you chewing gum....”

Then there were the overland pilgrimages to Lourdes and Liseux organized by Johnny and Maura. Eleven days and “everything all in” for £200. Maura is continuing the tradition--albeit by air. She currently promotes annual pilgrimages to Fatima.

With people like Mick Kavanagh, Gordon Bradley, Peadar and Eileen Murtagh, and Joan Tyrell, Johnny served on the Kolbe Centre Committee. He was also on the Portlaoise CBS Past Pupils’ Union committee.

He and Maura have four children, Richard, John, Christina and Maureen, 13 grandchildren and four great grandchildren.

“And we have three cats and six dogs,” Maura notes, laughing.

Only 500 copies of “Time Goes By” have been printed. So if you want one, it is advisable to be in the Parish Centre next Monday night.