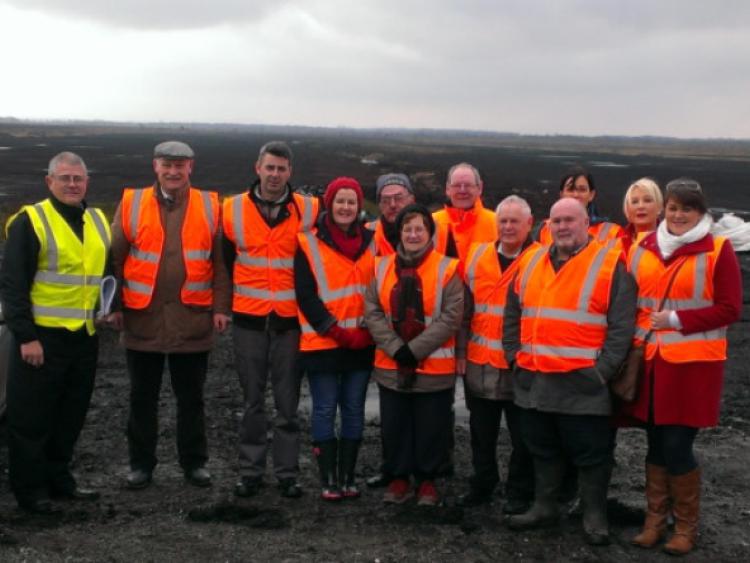 YES to a reservoir and eco park at Garryhinch no to a windfarm was the unanimous message from Mountmellick Town Councillors at their monthly meeting recently.

YES to a reservoir and eco park at Garryhinch no to a windfarm was the unanimous message from Mountmellick Town Councillors at their monthly meeting recently.

Adopted was Cllr Rosemary Whelan’s proposal, seconded by Cllr Ollie Payne, calling on the Government to expedite the reservoir/eco park project on the cutaway bog.

Chairman Cllr Paddy Bracken: “This would have a huge positive impact on Mountmellick and the surrounding area. The fear is that if this does not go ahead, there would be a windfarm (in Garryhinch). People are opposed to windfarms. The whole concept of windfarms has gone out of proportion altogether.”

Cllr Whelan: “My proposal does not relate to any windfarms.”

Cllr Stephen Lynch: “If a reservoir goes ahead with angling it will bring money back into the economy and 150 jobs may come out of it. That should bring in tourism.”

Cllr Payne said everybody on the Council should be pushing it. “The site has huge potential,” he said.

Cllr Marc Connolly: “Unfortunately it’s going to take 10 years. There will be 1,000 jobs during construction. Windfarms would have the opposite effect.”

Cllr Payne: “With the flooding problems on the Shannon it would be great to pump water into the reservoir (at Garryhinch).”

He said there was a resident in Kilcavan monitoring the flight of birds in relation to windfarms.