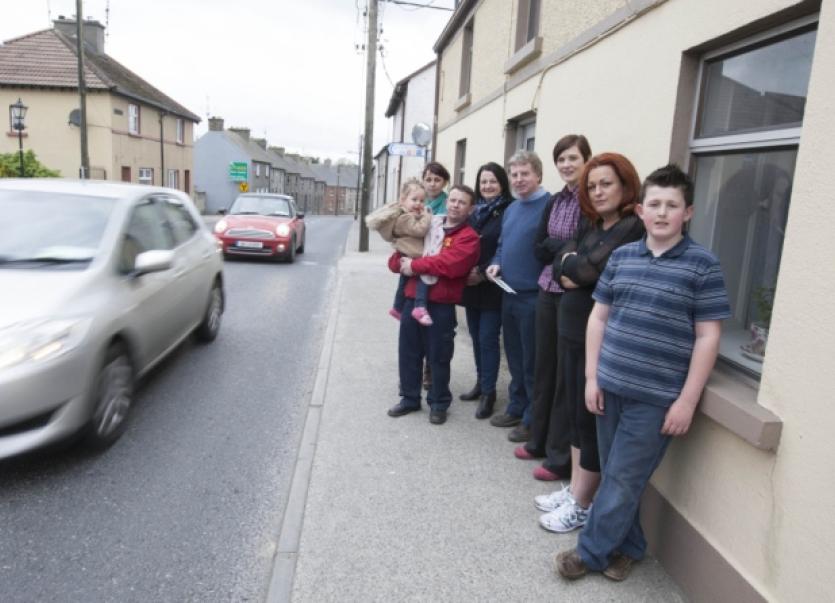 Locals in Durrow are calling for measures to slow down speeding cars in the village, according to local election candidate Michael G Phelan.

Locals in Durrow are calling for measures to slow down speeding cars in the village, according to local election candidate Michael G Phelan.

“I have been visiting all the houses in Durrow and the main issue coming up is with speeding in the town. I have been asked by several residents on Carrigan Street to look into the issue”.

The road which leads to the Kilkenny road out of the village is in a very busy area. There is a busy playground, a church and the CYMS hall all located on the street.

“This is a narrow street and an awful lot of trucks come and go. Trucks and cars come in at speed and the road is only barely wide enough for two cars. It is very dangerous there, there are three different junctions on that section as well as a carpark”.

Mr Phelan said that locals are very concerned that an accident may happen and want something done before it is too late.

“They are looking for something to happen, either rumble strips or speed ramps to slow down traffic. It will be too late to highlight it if something does happen. Since the motorway opened, the traffic on the main street in the village is not as heavy and is going a bit quicker. There are a lot of residents and children living in the village and Carrigan Street is very busy”.

Mr Phelan also said that another pressing issue in Durrow was the lack of a youth centre in the village.

“There is a great interest in getting a youth centre in Durrow. They are very well catered for in sport but there is a need for some other activity for young people. I have spoken to Laois County Council and they think it is a great idea. The old boys school is an ideal location, there is a lot of the building that isn’t and hasn’t been used”.

He added that similar ventures in Abbeyleix and Rathdowney have already been very successful.

“In the next couple of months, we are hoping all the agencies will sit down and take it to the next stage. It is a great project and I’d like to be part of it. The interest is there”, he said.