'No safe place to cross' at busy Portlaoise roundabout 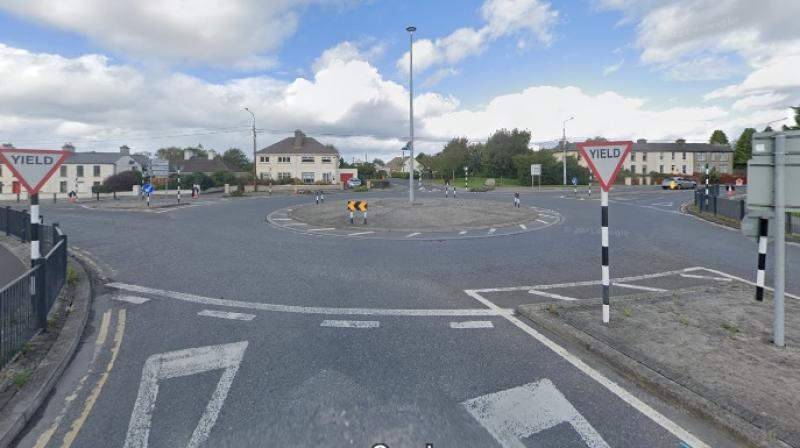 A Portlaoise councillor has highlighted a roundabout on a busy entrance road that has no pedestrian crossings at all.

While the practice is now to place pedestrian crossings on every arm of new roundabouts, the junction of Fr Browne Avenue and the Mountrath road has none at all.

"If I walk up the Mountrath Road heading for Bellingham, where do I cross the road in safety? There is no safe place. I use it every day in the evening times, the amount of people pushing buggies using it. It's the only road in Portlaoise that doesn't have markings, in a hugely populated area," Cllr Aird said.

He tabled a motion to the March meeting of Portlaoise Municipal District, asking the council to install pedestrian road markings at three arms of the roundabout.

The MD engineer Wes Wilkinson replied that they have agreed to install enhanced road markings, in the coming weeks at each juncture.

"They will be uncontrolled courtesy type crossing, with a buff coloured anti-skate surface, to highlight use of crossing pedestrians. This is a pilot idea, we will apply for funding on the main arms for controlled crossings to come at a later stage," Mr Wilkinson said.

Cllr Aird was not satisfied, pointing out that traffic can keep driving and ignore anyone waiting to cross at an uncontrolled crossing.

"If two kids are crossing the road, a car doesn't have to stop. These should have been done in the first place. Caroline (Cllr Dwane Stanley) had the same problem at Bellingham and the road had to be dug up to put in lights. Fr Browne Avenue has got very heavy traffic with a huge amount of lorries since we opened the new J17 road. A huge amount of schoolchildren cross every day," he said.