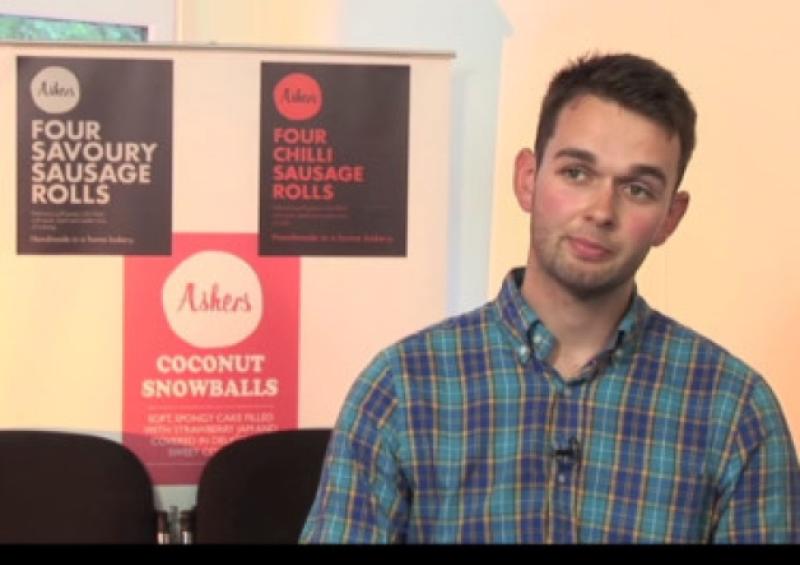 The general manager of a Newtownabbey bakery caught in a gay rights storm after it refused to make a cake with the slogan ‘Support Gay Marriage‘ has said that the order was not declined because of the customer’s sexual orientation.

The general manager of a Newtownabbey bakery caught in a gay rights storm after it refused to make a cake with the slogan ‘Support Gay Marriage‘ has said that the order was not declined because of the customer’s sexual orientation.

Ashers Baking Company manager Daniel McArthur said that it was the message on the cake, rather than the fact that the customer was gay, which led to the bakery’s decision.

Ashers Baking Company, which is owned by a Christian family, received a letter from the Equality Commission threatening legal action after it refused to bake the cake featuring Sesame Street characters Bert and Ernie.

The bakery, which has been running for 22 years, refused to take the order on the basis that it conflicted with their Christian beliefs.

The controversy has led to suggestions that a ‘conscience clause’ is needed to protect Christians in similar situations.

DUP MP Gregory Campbell raised the issue with Prime Minister David Cameron during prime minister’s questions in the House of Commons. The Prime Minister responded that tolerance and equality were “a very important part of being British”.

The cake was ordered at Ashers’ Belfast branch in May by Lesbian, Gay, Bisexual and Transgender (LGBT) activist Gareth Lee, who asked for it to be decorated with the slogan ‘Support Gay Marriage’ and the logo of his campaign group, QueerSpace.

Mr McArthur commented: “We never met him (Mr Lee) - I’d no idea what he was and there was certainly no indication at all made by the manager as to his sexual orientation. That wasn’t anything to do with the decision-making process.”

“We’re happy to serve any customer, any type of customer that comes into us, and we’ll serve them with a smile. We’ve no issue that way.

“We certainly didn’t expect the Equality Commission to write to us to say we were discriminating against someone.

“It just seemed like something we were entitled to do and it just seems so small a thing.”

Six weeks after a colleague of Mr Lee’s collected a full refund for the cake order, the bakery received a letter from the Equality Commission saying that it had discriminated against the customer on the grounds of his sexual orientation. It also asked the bakery to propose how it would recompense the customer for this discrimination and threatened to pursue legal proceedings if they did not respond within a seven-day time period.

Mr McArthur said he was shocked that the Equality Commission had acted before contacting the company for its side of the story.

He added: “They were simply writing to us saying we’d discriminated against someone. There was no contact made with us.

“We felt very much marginalised because we were being left out of the picture.

“Without any chance to explain our decisions, they had sent us a letter saying basically that we had discriminated against this man.”

Speaking on July 9, Mr McArthur concluded: “The Equality Commission, as of today, still haven’t tried to ascertain our side of the story.”

North Belfast MP Nigel Dodds said that the case showed the need to introduce a ‘conscience clause’ to protect groups such as Christians.

He said: “The case reopens the debate about how exactly religious belief is respected within the United Kingdom and the need for someone’s conscience to be protected whilst ensuring that discrimination does not occur.”

Referring to the comments of Deputy President of the Supreme Court Lady Hale, he continued: “More recently she also said that a ‘conscience clause’ should be considered to protect those, such as Christians, who have deeply and genuinely held beliefs on certain issues.

“There is nothing modern or progressive about a country that cannot ensure both equality and a tolerance for difference of opinion.

“It must also be possible to outline such differences of opinion without being lazily tagged as homophobic.”

“Society is well used to hearing campaigners for same sex marriage claim that they are discriminated against and being denied equal rights. The reality is that there are none so intolerant as those who shout loudest about toleration.

“It seems there is tolerance for all - except those with Christian beliefs.”

The cake from Ashers was intended for former North Down Mayor Andrew Muir’s International Day Against Homophobia event in Bangor Town Hall.

Councillor Muir, who is openly gay, said he did not order the cake and ‘could not speak on behalf of the person who is taking the case.’

However, he added: “I fully support the action taken against this bakery. Businesses should not be able to pick and choose who they serve. There would not be any debate if the cake had depicted an anti-racism or anti-ageism slogan, nor should it require intervention from the Equality Commission for this cake for Anti-Homophobia Day.

“It is ridiculous for this bakery to suggest that they would have to endorse the campaign.

“For Northern Ireland to prosper and overcome our divisions we need a new society where businesses are willing to cater for all, regardless of religious views, political opinion, disability, race, age, sexual orientation, marriage status, gender and other backgrounds.”