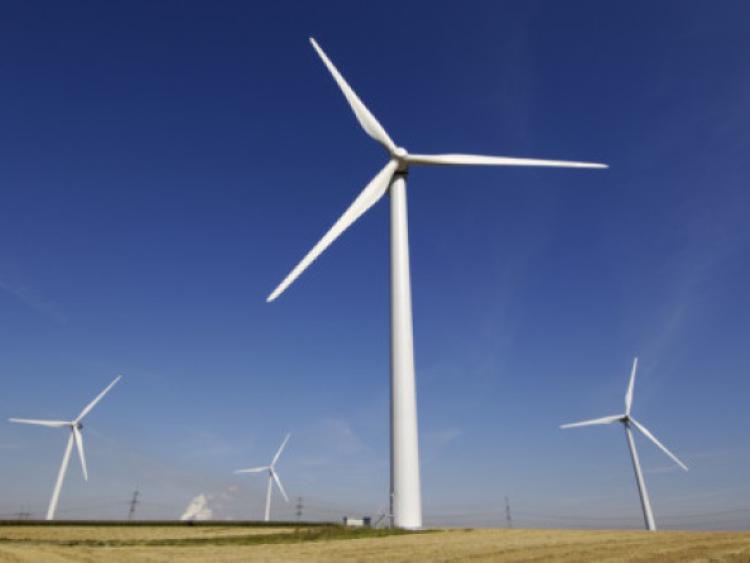 Residents of Ballyroan and Cullenagh met last night Monday July 7 to discuss their next move in a battle to stop Coillte from building a windfarm beside them.

Residents of Ballyroan and Cullenagh met last night Monday July 7 to discuss their next move in a battle to stop Coillte from building a windfarm beside them.

The community has eight weeks to appeal a decision by An Bord Pleanála to grant permission to the semi-state forestry company for 18 wind turbines of up to 131.5 metres high in Cullenagh, to supply wind generated electricity to the Irish grid.

A legal team has offered to conduct the appeal for a fee of €50,000, which the residents are trying to raise between themselves over the next week.

They have eight weeks in which to prepare and lodge the appeal. If not Coillte can then begin construction at the 10 acre site.

Ballyroan resident Henry Fingleton has been at the forefront of their year long campaign against the turbines.

“The bulldozers could start clearing the land and start to build by September. They could be built within a year. It is a frightening prospect. It is focusing people’s minds. Our option is to give up, or to live with these turbines over our heads for the next 25 years. This is our government’s policy,” he said.

With €15,000 already pledged by families living in the area, he is appealing for residents of Portlaoise, six miles north, to help them.

“If people in Portlaoise don’t want our county to become a backwater, they need to get involved, it is their county as well,” said Mr Fingleton, who is the spokesperson for People Over Wind.

“It seems Laois, along with Offaly, have been earmarked by this Government for multiple wind developments that will render us a damaged backwater location. The low esteem in which we are held is evident. We will struggle to compete for inward investment or to progress our county unless our current crop of politicians take decisive action to fight back ,” he said.

He maintains that the Cullenagh windfarm will “act as a gateway project” for further windfarms.

“Much of the land surrounding Cullenagh and Ballyroan is leased to private wind developers who will be encouraged to proceed with their plans having witnessed the manner in which An Bord Planeala overruled their own inspector to grant planning,” he said.

The awareness group claim that wind turbines have “a minimal impact on reducing carbon dioxide”.

They are supported by Labour Senator John Whelan, who has disagreed with Labour Minister for Energy Pat Rabbitte on wind turbines.

“This is not cheap or free energy, it is the most expensive energy,” he said last week.

An Bord Pleanála had overturned a decision by Laois County Council made against Cullenagh windfarm.

In the same week they overturned a decision by Offaly County Council and granted permission to a private wind company to build 29 turbines near Rhode.