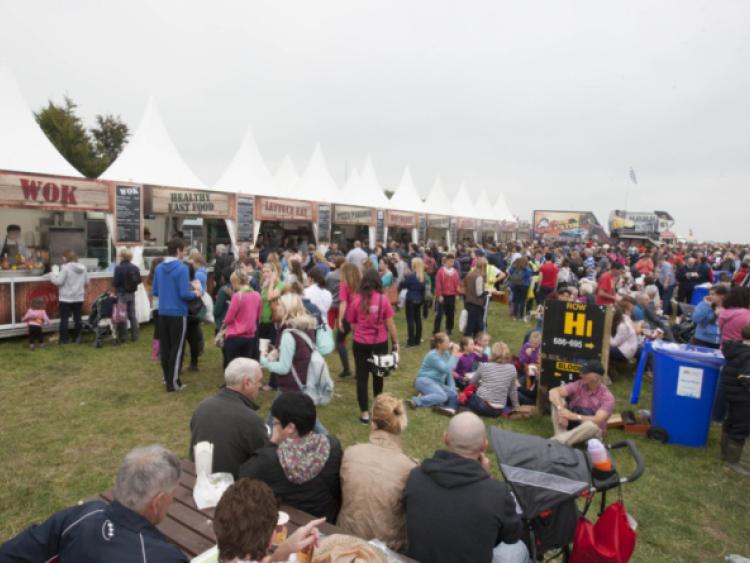 There is a waiting list for trade stands at the National Ploughing Championships, but organisers are keen not to expand the section any further.

There is a waiting list for trade stands at the National Ploughing Championships, but organisers are keen not to expand the section any further.

“We are full, with quite a long waiting list. It’s a massive number, not an area we want to expand. We are very particular how many we have in each category, we are primarily an agricultural event so it is important we keep to that number of stands,” said Anna Marie McHugh.

About 15 charities are given trade stands, including The Cuisle Centre from Portlaoise.

“They pay for the ground, and we work with them on what they can and can’t do financially, and we give them the opportunity to come and fundraise. We have hundreds of applications, we have to limit it to 12 or 15, to make sure they get the good hit,” she said.

More than 40 Laois businesses have taken stands, among them Kelly Lou Cupcakes from Portlaoise.

“Last year was our first year here, and it was really good, we sold out each day. It was great for promoting the business, we got so many calls afterwards,” said proprietor Kelly Ging.

“We sold a couple of hundred cupcakes each day. We got there at 6.30am and were still there at 6.30 that evening, then it was back to the bakery to bake more. It is quite an investment to take a stand but it pays for itself,” she said.

Stalwart of the ploughing is Tony Coffey from Waterford, who with his brother has taken a stall for 24 out of the past 26 years, selling new episodes of their homemade comedy “Bachelors in Trouble”.

“If we weren’t here there’d be an SOS put out. It’s a religion, it’s a tough three days, standing all day, but we will bring about 800 dvds, and we will have very little coming home,” said Tony.

He said the ploughing is “the only place to be”.

“This year farms have all their work done so I think it will break all records, and because the weather has been so good, there will be no problem with the ground,” said Tony, putting Ratheniska and Athy on a par as the best sites.

“They are so easy to get in and out of, we even came home last year each day. A lot of people say make it a static event because of infrastructure, but I disagree, the novelty is in moving it, people get sick of the same road,” he said.