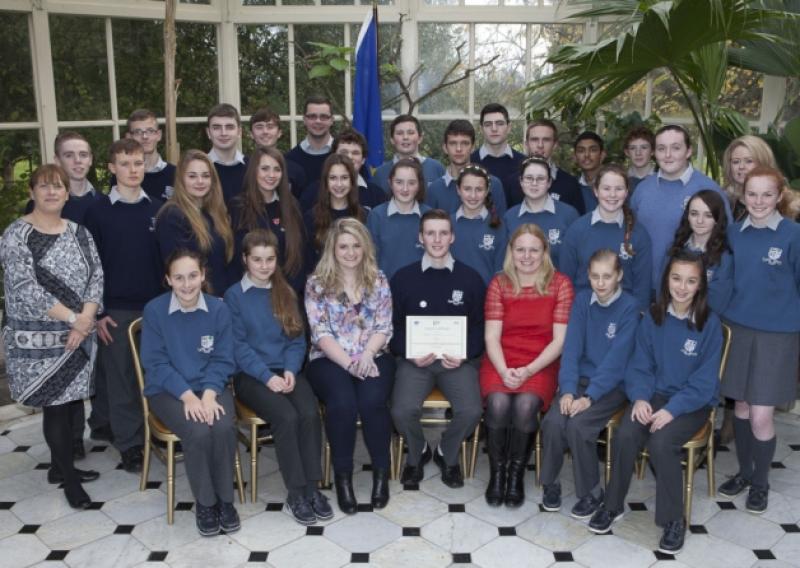 Mountmellick Community School student Daniel Williams has plenty to say on the internet, and it has won him the title of U18 Europe Direct Soapbox Winner.

Mountmellick Community School student Daniel Williams has plenty to say on the internet, and it has won him the title of U18 Europe Direct Soapbox Winner.

The leaving cert student beat seven regional finalists with his passionate three minute argument that “the internet is only as much harm as the people using it”, and he stands behind his views.

“The internet has exploded in the last few years. It’s a great tool but it depends on the way you use it, it merely reflects society today, everything on it was made and placed by people. it’s like that saying that guns don’t kill people, people kill people,” he said, adding that data protection software and regulations must work harder to keep up.

“The internet is a very free place to be, and it’s here to stay,” he said.

Daniel only began debating last year, at the suggestion of his teacher Fiona Behan.

He won the regional final in the Dunamaise Theatre in October, going on to represent his school and region in the final in the plush surroundings of Farmleigh House, facing a six person judging panel

“I enjoyed it, my confidence has grown by talking to a crowd. I did speech and drama from an early age, and debating is nearly like playing a part, I watched other public speakers and developed my own style. I was very surprised to win, it was a tough competition. It will be great to have on my CV,” said Daniel.

He had a bus load of supporters with him, including his parents Helen and John, sisters Amy and Niamh, his grandmother, aunt and a big group of students from Mountmellick CS.

His prize is a trip to Brussels to visit to the European Parliament, sponsored by MEP Matt Carthy.

“It is a brilliant opportunity, I can decide when I want to go, to see different meetings in session. I will wait till next year to go, I can buy my debs suit and use it for Brussels,” said Daniel with a smile.

A political career may lie ahead. “I am not too sure, I will see after the trip,” he said.

His school were thrilled with Daniel’s success.

“It is a great success for Mountmellick Community School and the Europe Direct centre based in Mountmellick,” said teacher Fiona Duffy.

She thanked Breda Connell, Manager of Mountmellick Library and staff in the Europe Direct centre in Mountmellick, who organised the Regional round of the Soapbox competition.