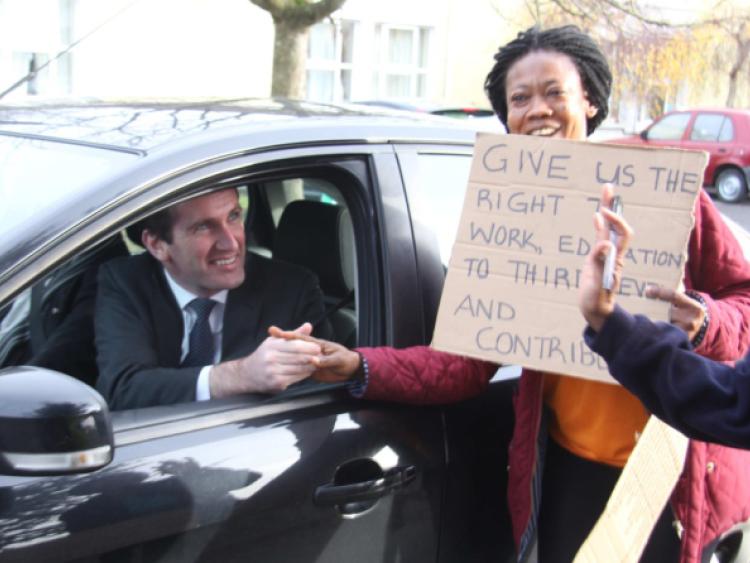 Portlaoise Parish priest, Monsignor John Byrne has said that asylum seekers in Ireland longer than six, should be given a work permit to allow them to work while waiting on their citizenship to come through.

Portlaoise Parish priest, Monsignor John Byrne has said that asylum seekers in Ireland longer than six, should be given a work permit to allow them to work while waiting on their citizenship to come through.

Msgr Byrne was speaking on RTE Radio last week on the 15th anniversary of Direct Provision in Ireland.

“We have 20, 30, 40 year old people, sometimes here with their children. They are intelligent, and some are very well educated and not being allowed to work.

“To do that for seven or eight years keeps them out of employment and perhaps makes then unemployable. It has a huge effects on mental health and other issues.

Last week, the Junior Minister of Justice and Equality, Aodhan O’Riordáin tod said the report from the working group looking at the system of Direct Provision will be completed by the end of May.

He said reducing the length of time people are spending in Direct Provision is the number one priority.

Speaking on national radio, Msgr Byrne said the biggest single change he would like to see would be the end of the direct provision system.

“My objections are not around conditoins in centres, but the system itself. Putting people away and leaving them there for extended periods. isvery unhealthy for everyone, especially children.

“We need to look at another way of allowing people to live while they are being processed and speed up the processing system aswell.”

The Portlaoise parish priest continued: “Five years is too long, why can it not be shortened. The System never intended to house anyone for that length of time.

“It’s a long time for anyone, but five years for a child is a huge part of their childhood.

Last September, Asylum seekers at an accommodation centre in the Montague Hotel refused food in protest over living conditions and delays in processing their applications.

The Emo Hotel accommodates about 160 asylum seekers, including dozens of children and is operated by a commercial contractor on behalf of the State. Under the direct provision system, residents receive full board, accommodation and a weekly allowance of €19.10.