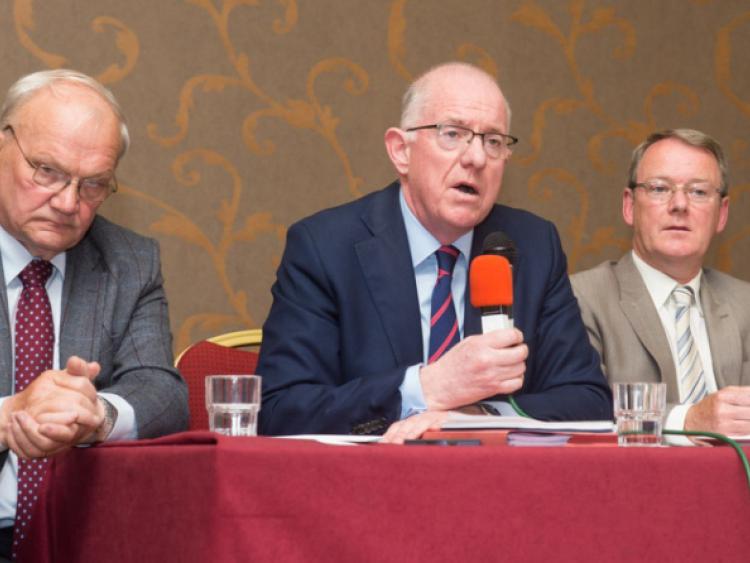 There were gasps and heckles when Minister Charlie Flanagan told the public meeting on Portlaoise hospital that he would prefer to be treated at the country’s biggest hospital over Portlaoise for a serious illness.

There were gasps and heckles when Minister Charlie Flanagan told the public meeting on Portlaoise hospital that he would prefer to be treated at the country’s biggest hospital over Portlaoise for a serious illness.

Speaking after the public had spoken the Minster for Foreign Affairs said he welcomed the hospital groupings but also pointed to the reality of services delivered in Portlaoise.

“Let’s face it, Portlaoise is a hospital that is not going to be in a position, and hasn’t been for quite some time, to provide the cures to life threatening illnesses that we have all experienced, some unfortunately in our families.

“We have to rely on the services of St James and Beaumont, and other hospitals. The only issue with that is to ensure that we have a rapid transit ambulance service and this is vital in the context of any new plan that is to be proposed.

Minister Flanagan paid tribute to staff in the face of the past year’s difficulties. He said it was time to rebuild and engage with the HSE on the plan for the hospital.

“I believe in the context of the Hiqa report that we refocus on rebuilding this hospital to its deserved standard, and that is the delivery of quality healthcare to the people of Laois and surrounding areas.

“We have to deal with the Hiqa report which really was a damning indictment of the health services and the HSE in this region. We need to deal with this in a way that ensures that we can build the reputation of what is a regional hospital in our community,” he said.

He said the only way to ensure that there is a quality of services is that if everybody mobilises behind the hospital. He called on GPs and hospital staff to get involved.

“I have issues with the HSE in terms of trust and confidence, and I don’t say that lightly as a Government Minister or as a TD. The record shows that the HSE has treated our health service and hospital in this area in a way that is fundamentally unfair, and that should not happen on this occasion,” he said.

Asked about his commitment to A&E by the Leinster Express Minster Flanagan there must be 24-hour cover.

“I fail to see how the hospital can operate on 9 to 5 business hours, it is not a shop,” he said.