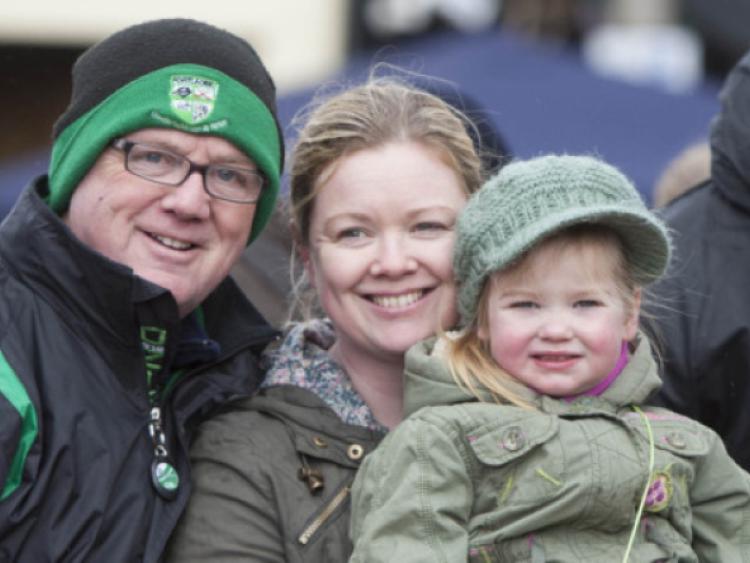 THE grey sky did not deter the proud wearing of the green in Portlaoise this year, as crowds lined the streets of the county town.

THE grey sky did not deter the proud wearing of the green in Portlaoise this year, as crowds lined the streets of the county town.

Kicking off this year at the earlier time of 2pm, the parade was led by St Joseph’s Accordion Band, resplendent in their royal blue uniforms, with honorary grand marshal, four time paralypian Garrett Culleton leading in a Laois Vintage car. Athletes from the Laois Special Olympics Club put on a colourful display drawing great admiration from the crowd.

The UN Veterans Post 27 members marched next, then Mountmellick Baton Twirlers with a lively display of pom-pom dancing. Elegant models and beauty queens then added a touch of glitz despite the drizzle, before further musical treats from the Ratheniska CCE Marching Band and the Newbridge Patrician Brass Band.

The ‘Fairytales and Fables’ theme prompted some loving renditions of classic children’s tales. On board the Portlaoise Youth Club’s float was a recreation of the Mad Hatter’s tea party from Alice in Wonderland, while Joe Mallon Motors had characters from The Wizard of Oz.

A few groups served up a delicious dig at the recent horse meat scandal. Raheen butchers featured a wiremesh horse on their float being wildly hacked at by some junior meat lovers. Meanwhile, Laois Hire featured a horse and a cow having a boxing match on their float, beside the slogan “Don’t be horsin’, get the real beef”.

Market Square and Lower Square had on-stage performances from the Jury and Scor winner Fiona Kelly keeping cold toes tapping, with a bouncy castle for the little ones and zany antics from Jeca the Clown. Street entertainment was provided by the talented members of musical and dance groups, such as the Lynam School of Dancing, Shanahoe School, Portlaoise Educate Together, and the Gaelscoil.

There were entries too from Portlaoise Tidy Towns, the National Ploughing Championships, the Order of Malta, the Laois Rose of Tralee committee, High Nellies, the credit union, Portlaoise ploughing, and local businesses.

The wearing of the green may have been somewhat hampered by the necessity of raincoats and umbrellas, but the Portlaoise people proved they still know how to celebrate the national holiday in style.