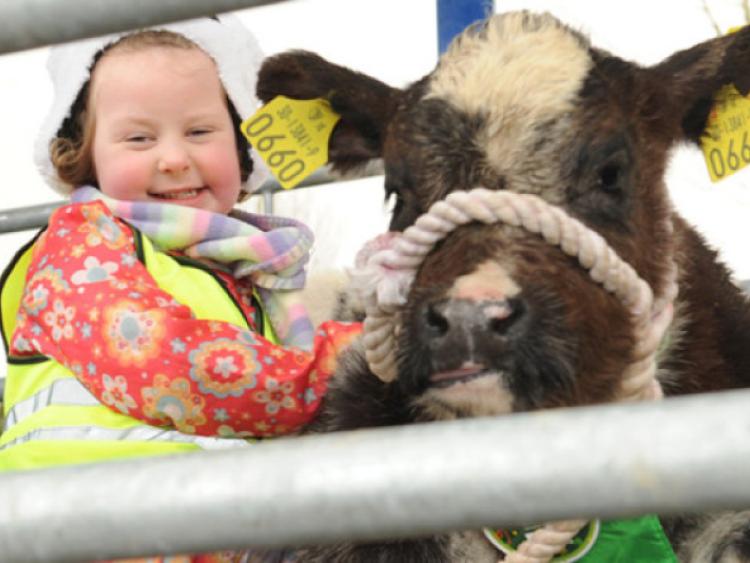 ALTHOUGH the rain showers came down in Mountrath this St Patrick’s Day, it failed to dampen the spirits of the hundreds of people who lined the streets for the parade.

ALTHOUGH the rain showers came down in Mountrath this St Patrick’s Day, it failed to dampen the spirits of the hundreds of people who lined the streets for the parade.

MC for the day was well known local publican Johnny Purcell who kept the crowds entertained and chatted to many of participants as they travelled through the square and up the town.

The Mountrath Fire Brigade led the parade, and with their truck festooned with balloons, they were a fitting start for what was to come. A number of children from St Fintan’s Boys National School also participated as well as the Irish Red Cross members.

St Joseph’s Acoordian Band entertained the crowds with a number of tunes in the square, and a few members including Councilor Kathleen O’ Brien, gave a rendition of ‘Lovely Laois’, joined by some of the crowd.

Mountrath Foroige had a sign showing their participation in the Gathering, while the 6th Mountrath Cub Scouts also carried their flag high. Children and adults from Tots and Co also got in the festive spirit and even had their own St Patrick.

A number of cyclists from the Camross High Nellie Club also wheeled around the down, with some of them dressed very festively in yellow braces. Phelan’s catering service threw sweets out to the willing crowd, while the Mountrath Mart Young Handlers Club showed some off some of their stock.

Vintage lovers were well treated as a number of vintage clubs took part. The Tower Vintage Club from Ballyfin and the Raheen Vintage Club participated as did Camross Vintage Club.

Raheen Butchers sign ‘So hungry you could eat a horse? We’ve got it covered’ gave amusement to the crowd, as did a number of other horse related signs.

Other parade participants included Tom’s Bar, and the 7th Laois Camross Scouts, who formed a large snake and had their own St Patrick as well. CJ Sheeran’s was also represented with their float, as were Celine’s Hair Salon, a local kettlebells class, and MJ Keegan’s butchers.

Willie’s Taxis and Star Cabs also participated as did EPS and the Castletown Inn, who had a large float.

Centra told the crowds there was “no horsing around” in their shop, while Carroll’s Costcutters brought the pope to town.

In spite of the bitter weather, the atmosphere was very festive in the town, with lots of green white and gold on display throughout the audience.