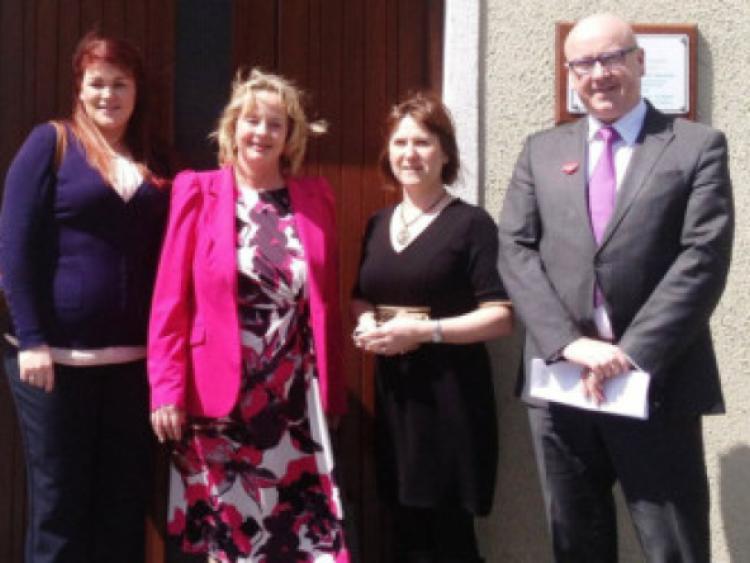 Laois’ youngest councillor has received a warm welcome both on her home turf in Mountmellick, and in Laois County Council.

Laois’ youngest councillor has received a warm welcome both on her home turf in Mountmellick, and in Laois County Council.

She was first welcomed to council chambers, where Cllr Mary Sweeney had advice.

“Don’t take it all on the chin, stand up for yourself,” she said.

County manager Peter Carey assured Cllr Delaney that support would be given “with a heart and a half”. He said that Cllr Bowe’s memory was to be recorded with a plaque.

Cllr Delaney said she hoped to continue the “great work” done by her predecessor.

“I have had great support from my family, friends and colleagues. I look forward to working with you,” she said.

She was welcomed to Mountmellick Town Council by Chair person Rosemary Whelan.

“It is good to see the gender balance being tipped more favourably,” she said.

Cllr Paddy Bracken noted that her tenure would only last a year as town councils will end.

“I have no doubt she will make an excellent public rep, she is very familiar with the needs of the town,” he said.

Town Manager Ian McCormack hoped her experience would be a positive one.

“You will be working with people who are passionate about their town,” he said.

“Thanks for the kind words. I look forward to the challenge. I have a busy schedule that I am happy to take on,” replied Cllr Delaney.