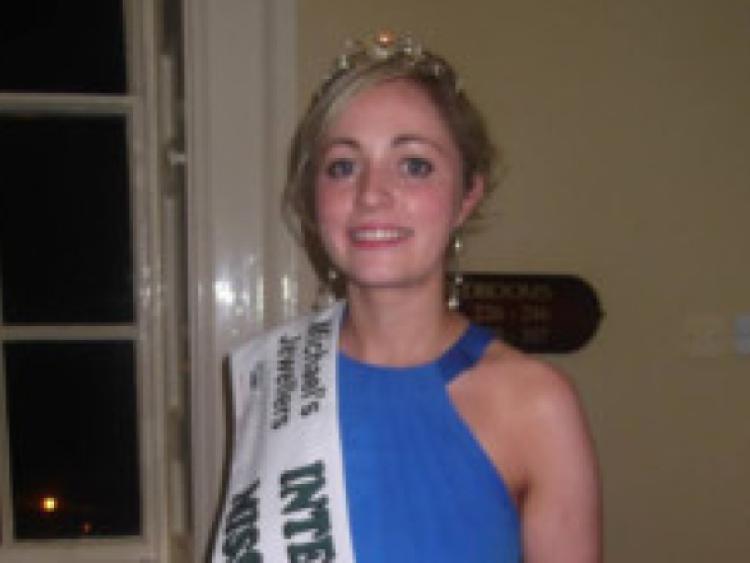 She may not be a farmer but Mountmellick Macra’s Gemma Goulding ploughed through the opposition last weekend to claim the top prize.

She may not be a farmer but Mountmellick Macra’s Gemma Goulding ploughed through the opposition last weekend to claim the top prize.

Gemma was selected as the 42nd International Miss Macra last Sunday night in Dundrum House, Tipperary, following a weekend of interviews with judges, glamorous nights and fun packed days competing against Macra clubs from all over Ireland.

“It was very glamorous, I had nine outfit changes since Friday,” she says, listing the myriad of activities over the weekend, from zumba, a beach party, raft racing to meeting Galileo the racehorse in Coolmore Stud, and Mass on Sunday morning.

A 28 year old primary school teacher from Rosenallis, Gemma brings home the Miss Macra shield to Laois for the first time since Mary Delaney did so in 1977.

She also received €1,000 in prize money, but she is most enthusiastic about the fame she has brought to her club, where she is an active member since 2008.

A little hoarse after her late night celebrating, Gemma spoke to the Leinster Express.

“It brings brilliant recognition to the club, it is fantastic, it was such a shock when my name was called out,” she said.

Her party piece for judges was a bilingual poem she composed herself.

“The amount of talent from the other girls , dancing, singing and even doing gymnastics on the stage, it was a great night,” she said.

Gemma was well supported by club members, as well as her Rosenallis family, parents Margaret and Donal who are farmers, and her three older sisters, all of whom are also primary school teachers.

She will have a busy year.

“My first official duty is helping to open the Tullamore Show this Sunday. I am really looking forward to the year,” she said.

Her enthusiasm about Macra must surely have swung the judges.

“It is such a wonderful organisation. There is so much to do, agri, sport, public speaking, travel, performing arts and community work,” she said.