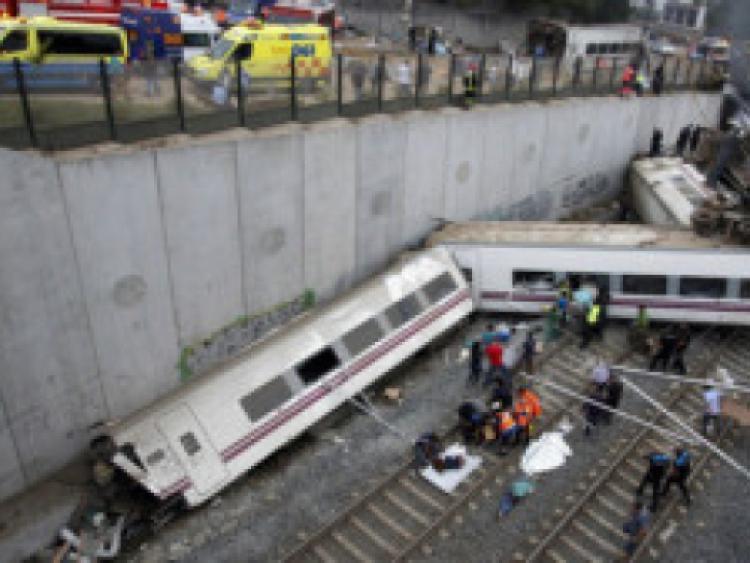 Ballyfin woman Anne O’ Shea, who has been working as a volunteer in Santiago de Compostella, was in the city at the time of the train crash which was the worst travel disaster to hit the country in years.

Ballyfin woman Anne O’ Shea, who has been working as a volunteer in Santiago de Compostella, was in the city at the time of the train crash which was the worst travel disaster to hit the country in years.

Anne was working as a volunteer meeting and greeting pilgrims who arrived in the city after completing the mammoth walk on Camino de Santiago.

The crash occurred on the eve of Saint James’ Day (Santiago Apostol) when thousands were in the square for the celebrations.

“We were there early that night and had a great view of the cathedral. There was meant to be a light display and fireworks, but at about half ten the crash was announced on the loudspeaker.

“People moved into the bars to watch it on TV and only then we realised what happened, it was terrible”.

The crash occurred about 1km away from the city.

“The next day pilgrims were coming to our office to find out how they could donate blood.

“There were three days of mourning and that day there was a minutes silence.

“The following Monday night there was a mass for the victims and the squares in the city were all packed”.

Anne said that many had put red candles in the square in remembrance of the victims of the crash.

Others who had received certificates from their Camino de Santiago walk also left them in the square as a tribute.

“It had a terrible effect on Santiago. Most people around the city had someone belonging to them or knew someone involved in the crash”.

The Ballyfin woman decided to go and work as a volunteer after completing the Camino a staggering eight times.

She volunteered for a fortnight and said she would highly recommend the experience.