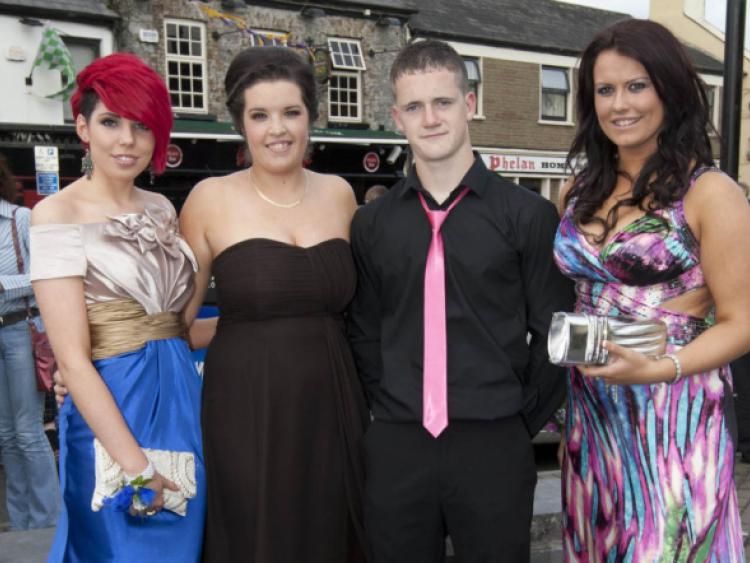 Desperate debutantes from Scoil Chriost Ri, Portlaoise have enlisted the help of their parents after over €11,000 in ticket money went missing.

Desperate debutantes from Scoil Chriost Ri, Portlaoise have enlisted the help of their parents after over €11,000 in ticket money went missing.

A fundraising committee has been formed to save the Debs, with Portlaoise businesses rallying in support.

Last week news broke that ticket money collected from 85 students and their partners by a member of the debs committee, had disappeared.

It threw into doubt whether the Debs ball would go ahead in the Bridge House Tullamore this September.

The original committee mainly comprises members of Debs Ireland, with four students from the school.

However following an emergency meeting called by students last Tuesday, the fundraising committee was formed, with four parents and four students.

Parent Phil O’Keeffe is secretary, and is helping because her own daughter is a Deb.

“The girls were gutted, many of them already had their dresses bought, everyone looks forward to their debs so much,” she said.

They have organised two fundraisers, first a barbecue this Saturday night at De Brún’s Bar Portlaoise, with tickets €5.

Then on Thursday, August 22, Voice of Ireland winner Pat Byrne will play in Coppers, supported by local band Cramptown Spaces.

“The girls are all selling tickets and asking businesses for their help, everyone is rallying around the town to support them, people have been wonderful,” Ms O’Keeffe said.

The committee are also hopeful that Debs Ireland will offer a discount.

“If the missing money is returned, any extra cash will be donated to charity,” she said.

She thanked everyone for supporting the students.

“People have been wonderful offering support, We are very positive that the Debs will go ahead,” she said.

SCR’s Parents Council are holding an EGM this Thursday to discuss the debs issue.

Portlaoise Garda repeated this week that no complaint has been received on the loss.