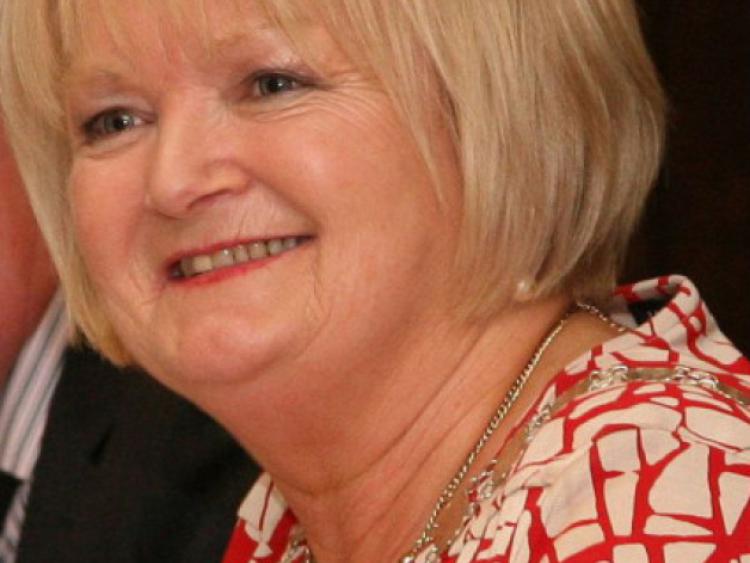 The new Cathaoirleach of Laois County Council accused some of her fellow councillors of “showboating” and asked for a bit of respect as she chaired her first meeting.

The new Cathaoirleach of Laois County Council accused some of her fellow councillors of “showboating” and asked for a bit of respect as she chaired her first meeting.

Cllr Mary Sweeney made the comments after she questioned how they would contain questioning to just the county councillors following a presentation from the Laois Wind Energy Awareness Group, given the large group which had assembled in the public gallery of the council chambers.

Cllr Willie Aird had asked for clairty on whether questions would be allowed after the presentatoin.

“No, it is just purely a presentation,” Cllr Sweeney replied.

Cllr Padriag Fleming proposed that councillors be given the opportunity to ask questions.

“You have had ample opportunity to ask questions before now. We had another area group in our own room’s this morning,” Cllr Sweeney replied.

But Cllr Fleming said he did not accept what the Cathaoirleach had said.

“I don’t accept what you have said. Every group that comes in here we have asked them questions,” he said.

“This is unprecedented. I have been here since 1999 and I have never seen this scenario before.

“This group should be offered the courtesy of what normally happens,” Cllr Fitzgerald said.

Cllr James Deegan said that all sides of the wind turbine debate deserved to be heard and questioned.

“There is a small bit of showcasing going on here,” Cllr Sweeney said.

“This is my first day in the Chair and I would like a bit of respect,” she said.

Cllr Sweeney said she had no problem with questions.