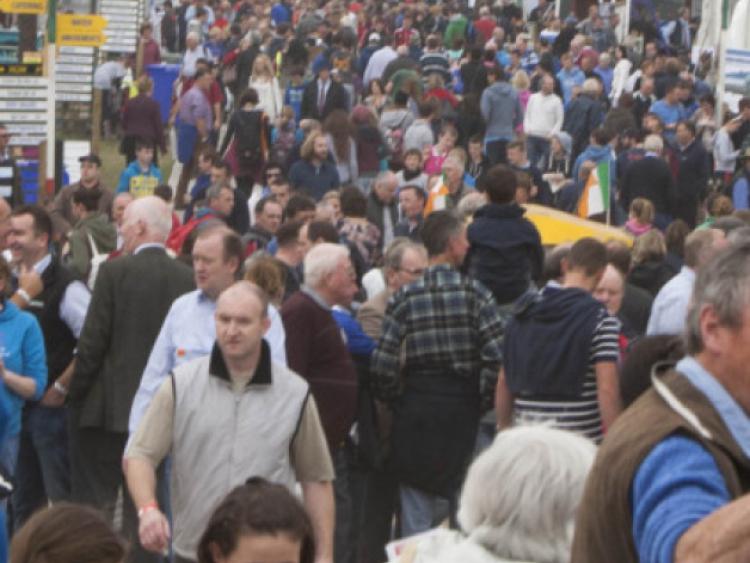 Ratheniska still might get the ploughing three in a row, if next year’s event is as successful as this year’s.

Ratheniska still might get the ploughing three in a row, if next year’s event is as successful as this year’s.

It had been reported that Tullow in County Carlow was the preferred destination for 2015, but a source close to the Ploughing Association said they are working on securing the event for a third year.

“I’m going from the angle that there is no major industry in Laois and the ploughing was such a boost to Laois that I am trying to persuade Anna May McHugh to give Ratheniska the three in a row.

“If 2015 doesn’t happen, the ploughing will definately be returning to Ratheniska in the future.”

the council spent almost half a million euro, preparing the local roads for the huge volume of cars that passed through over the three days, Lugacurren area councillors learned this week.

“Over €450,000 was completed on the road network both on approach to Ratheniska and around the village itself,” Senior Engineer, Orla Barrett told councillors.

“Amazing work was completed in advance of the ploughing championships by our great roads crews led by General Service Supervisors Des Walshe and Jim Phelan.

“Some of our crew didn’t even take holidays in the run up and we were able to stretch ourselves that bit further and get more done..”

Ms Barrett also commended the NPA and Anna-Mae McHugh for her “efficiency, dedication and unfaltering organisation in the lead up to and during the Ploughing Championships.

She also congratulated those involved with the Laois Tent.

“It really broadened people’s idea of what the local authority does,” she said.

Cllr John Moran, who was also site manager at the event, said Orla Barrett had played a “starring role”.

Cllrs Padraig Fleming, James Daly and Ben Brennan also had praise for the council and the organisers.